The winners of this year’s ROBOTICS AWARD, which recognizes excellence in applied robotics solutions, have been determined. German company KUKA Roboter GmbH has taken top honors, followed by Austrian-based EEP Maschinenbau GmbH and Zurich University of Applied Sciences. The winners were presented with their prizes by the Minister of Economics of Lower Saxony, Olaf Lies, at a special award ceremony at HANNOVER MESSE on Tuesday. At the ceremony, Mr. Lies noted the important role that robots play in improving work conditions: “The winning teams have shown how robots can be integrated into the workplace in ways that add value to the daily routines of the people who work there. The purpose of robots is not to replace us, but to help us, for instance by assuming tasks which could potentially harm us because they are highly repetitive or pose other health risks.”

“The jury’s task of selecting the top three entries was a lot harder this year, given the sheer number of ground-breaking submissions,” said Dr. Jochen Köckler, a member of the Managing Board at Deutsche Messe. He said each entry was proof that robotics technology is the way of the industrial future – a future in which humans, far from being redundant, would remain vitally important. Dr. Köckler went on to point out that applied robotics solutions were the key to getting the most out of the human-robot partnership.

That’s why the organizers of HANNOVER MESSE have made it their mission to promote the development of practice-oriented robotics systems. “HANNOVER MESSE events like the Robotics, Automation & Vision Forum and the Robotics Clinic were specifically designed to foster knowledge sharing and collaboration between technology developers and users,” explained Dr. Köckler. “And the ROBOTICS AWARD was called into existence to provide an international stage where the best ideas from R&D teams get the recognition they deserve. These kinds of dialogue and ideas platforms are vital to our automated industrial future because, ultimately, it is only humans who can give robots the capabilities and flexibility they need to be usable in practically every aspect of manufacturing.”

Flexibility was also at the heart of the design concept behind the winning entry for this year’s ROBOTICS AWARD. The concept saw KUKA Roboter GmbH successfully combine an industrial robot with an electric vehicle. Because KUKA’s robot is cordless and able to move around freely, it is highly flexible and able to work autonomously on very large components. Thanks to its sophisticated navigation system, it can even find its way around irregular or confined spaces. Powered by a lead-acid battery in combination with a converter, it can operate for up to six hours on a single charge. In this way, KUKA’s robot provides an effective alternative to stationary processing stations, especially when it comes to processing large, hard-to-move work pieces.

The runner up – processing pastries on the double

A robotic raw-pastries processing line from Austrian company EEP Maschinenbau GmbH has won second prize. EEP’s system combines innovative three-dimensional image recognition with high-speed delta robot technology. The system automatically determines the exact shape and position of each piece of pastry on the moving conveyor. The pastries are then cut with an ultrasonic knife, which avoids the problem of sticky dough residue building up on physical knife edges. EEP’s robotic processing line reduces the amount of repetitive manual labor in pastry production and the associated health risks. It can also work at twice the speed of its human counterpart lines while delivering consistently higher quality.

Zurich University of Applied Sciences has won third prize at this year’s ROBOTICS AWARD for its JILAS aircraft assembly robot project. The EU-funded project successfully designed a force-controlled universal assembly tool for jig-less, small-series aircraft production. The semi-automatic system does not require any task-specific software components, nor does it require any programming expertise on the part of the operator. Safe human-robot interaction was at the heart of the design concept behind JILAS. The resulting robot helps humans to lift and manipulate heavy objects. This semi-automated approach helps to prevent strain injuries and makes it possible for just about anyone to carry out physically demanding tasks.

This year marked the third season of ROBOTICS AWARD partnership by Deutsche Messe, the Industrieanzeiger trade journal and the Robotation Academy. The competition, which recognizes excellence in applied robotics design, is open to companies and institutions from Germany and abroad. Entries are assessed in terms of five criteria: degree of technological innovation; benefits for industry, the environment and society; economic aspects; quality of the entry presentation (form/manner of presentation); and reality test in real-life industrial applications. 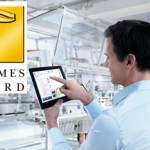 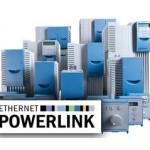