According to a recently released report on The World Market for Linear and Torque Motors from IMS Research – now part of IHS Inc. (NYSE: IHS) –the global market for direct drive torque motor modules has grown from $98 million in 2008 to $195 million in 2012 and is forecast to grow to be worth nearly $300 million in 2016.

Direct-drive torque motor modules reduce the need for power transmission components such as gear boxes, couplings and linkages, thereby reducing the efficiency losses in machinery created by these components. These motors can operate with higher speeds and greater precision than achieved by the established fluid or electromechanical drive technologies. High-end industrial machinery in the machine-tool, semiconductor equipment, electronics assembly and flat-panel production sectors, that place the greatest value on highly precise motion, have been the biggest markets for torque motors.

“Market growth is driven by increased penetration of new applications in industry, and by the replacement of gear motors and hydraulic systems in industrial machinery that demands increased functionality and greater energy-efficiency,” indicated Jim Dawson, senior analyst for motors and mechanical power research at IHS.

In 2012, the market paused for breath; revenues from sales of torque motor modules were flat, due to a slowdown in demand for industrial machinery and a fall in torque motor prices, caused by falling rare-earth element prices. Market growth will return in 2013, driven by the growing number of applications which will be more than matched by the increasing number of suppliers. Indeed, manufacturers of conventional servo motors are adding direct-drive torque motors to their range to tap into the growing market and ensure they do not lose customers to other suppliers that can meet the full spectrum of their motor requirements. 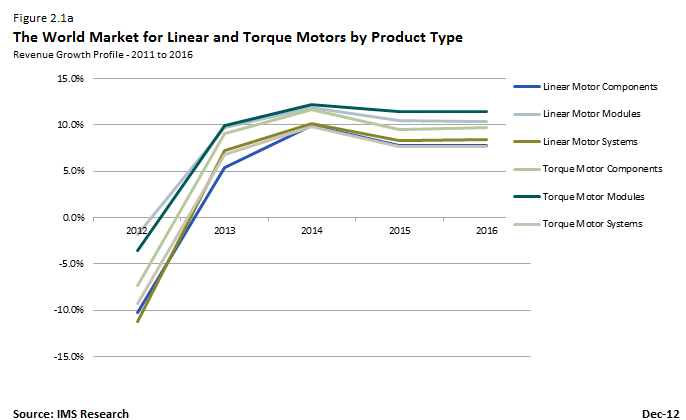 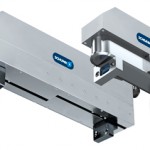 Intuitive, integrated, intelligent – The WSG series is now available in 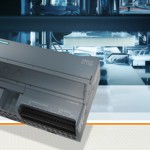