The new performance class category in optical sensor technology, the O500 series by Baumer, combines the most important properties that a sensor could offer: durability as well as safe and easy operation. The O500 series is setting new standards particularly due to the ease of operation.

The new qTeach procedure is used to teach in sensors. Touching the teach-in surface with any ferromagnetic tool, such as a screwdriver, is enough to program the sensor. A blue LED light provides clear optical feedback. To prevent user errors, qTeach locks autonomously after five minutes. In contrast to conventional mechanical pressure switches, Series O500 qTeach has no moving parts which fully eliminates any signs of long-term wear.

The new performance category of optical sensors includes three types of sensors. One is the diffuse sensor with background suppression, which guarantees the maximum functional reliability during object detection. Another is the retro-reflective sensor for reflective surfaces. It stands out primarily due to its exceptionally long service life thanks to increased dirt resistance. And last but not least SmartReflect, the light barrier that operates completely without any separate reflector. With SmartReflect, downtimes due to a defective reflector are a thing of the past. All three devices provide the highest degree of reliability and convenience at reduced total operating costs. 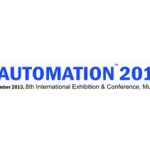 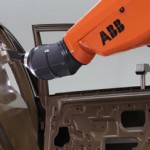