Everyone’s talking about sustainability and energy-efficiency. But in this context, production must not be regarded in isolation. Sustainability, in the sense of “using a regenerable system so that it is preserved in terms of its essential characteristics” (Wikipedia), has to focus on the entire value creation chain. The EMO Hannover 2013 will show how sustainable production, from raw materials to recycling, secures global competitiveness.

In the forestry sector, it has been accepted for centuries that you must not fell more trees than will actually regrow. This natural principle of sustainability is inexorably being adopted in modern-day production technology, and is fittingly reflected in the motto of the EMO Hannover 2013, “Intelligence in Production”. Because “for more and more manufacturing companies, ecological efficiency is the obvious complement to economic efficiency”, concurs Prof. Dr.-Ing. Christoph Herrmann, an executive board member of the Institute for Machine Tools and Production Technology (IWF) at Bruns-wick University of Applied Science.

“But changes towards sustainable production”, says Herrmann, “are possible only if the product’s entire life-cycle, from raw material procurement, part manufacture and assembly, actual use, all the way through to final disposal, is taken into due account.” Without this perspective, “potentials can easily be overlooked, or worse, problems merely relocated from one phase in the life-cycle to another.” Because when we’re talking about the entire value creation chain, “we have to think in terms of beginning-to-end, or complete product and material life-cycles”, explains Professor Herrmann, who at the IWF heads the Product und Life-Cycle Management Department, and as a sideline is also the Academic Executive Director and a member of the board at Lower Saxony’s Vehicle Technology Research Centre (NFF).

A company’s competitiveness, of course, remains its paramount goal: “Green does not sell.” Besides the price, a product’s quality and function continue to demand an appropriate focus. Weaknesses in these areas cannot be made good by an ecologically sustainable production operation.

When sustainability is properly applied, the user benefits as well – twice over: “Firstly, he receives a product that has been produced with both economic and ecological efficiency. And secondly, since for energy-operated products, in particular, a substantial proportion of the life-cycle costs and the environmental impact are linked to the utilisation phase, he benefits from the fact that the product he has purchased uses less energy and consumables compared to any of its competitors – without any loss of quality or functional efficacy.“

You’d like some actual fully functioning examples? “Let’s take the Bruns-wick region”, says Professor Herrmann: “In the zero-emissions factory of the Solvis company, 14,000 m² featuring offices, warehouses and production zones are supplied 100 per cent with renewable energies from in-house systems. A holistic concept for the factory, covering the building’s shell, its technical systems, and the machinery and lines it houses, has been implemented here with exemplary rigour.” The company produces solar heating systems and wood-pellet boilers, for example, and through its own products also contributes towards sustainable development.

Another example from the region is Volkswagen: “With its ‘Think Blue Factory’ initiative, all measures aimed at improving energy-economy and resource-efficiency are being synergised.” The target is a 25-per-cent reduction in environmental impact by 2018. One very specific example is the Energy Path at the facility in Wolfsburg, where any measures implemented are rendered visible for the staff. Of course, says Herrmann, “there are fully functioning examples not only in our own region.“

One project is particularly dear to the professor’s heart: “The (green) learning factory at Brunswick University of Applied Science supports the transfer of research results to operational reality.” It focuses on the practical “experiential relevance” of methods, tools and technologies in the fields of energy-economy and resource-efficiency, and on raising awareness among specialists and managerial staff, but also among students or trainees as future drivers and “influencers”.

Urban production of the future

One example of sustainability already validated in practice is the low-noise, low-emissions production facility for gearing solutions of Wittenstein Bastian GmbH in Fellbach, inaugurated early in 2012. To quote Dr. Manfred Wittenstein, Managing Board Chairman of Wittenstein AG: “Here in Fellbach, we have built a demonstration factory in which step by step we shall be progressing exemplary integration of the concepts laid down in Industry 4.0.” The idea is that in the future machines, production equipment and semi-finished products will be continuously interlinked via the internet, so that you can alter the specification of a gearwheel at the last minute, for example. The preconditions for gradually integrating into the processes elements of a future-friendly “thinking” production operation – known as cyber-physical systems – are thus in place. This development thrust towards Industry 4.0, says Wittenstein, “also contributes towards securing the future of Germany’s industrial base.”

The new urban production facility is quite something: the building automation system and the machinery have been designed for minimised resource consumption coupled with maximised precision. All eco-relevant issues like noise, flue gas, waste, CO2 emissions, water and effluent are just as ex-haustively addressed as architectural integration into the residential environment directly adjoining the facility. And although the new production hall is fully air-conditioned, in comparison to the old building around 35 per cent of energy costs per square metre are saved.

“Integrating a factory into a densely populated urban environment was a major challenge”, say the two General Managers Philipp Guth and Michael Müller. “You have to make do with limited space, you want to avoid creating any pollution, and you also want maximised energy-efficiency and resource-economy, so as to minimise the impact on human beings and the natural environment.”

EMO Hannover 2013 as an innovation driver

Professor Herrmann formulates his expectations for this year’s EMO, the world’s premier trade fair for the metalworking sector, as follows: “The environmental issue as a driver of innovations will be placed in a systematised context here.” The “More Intelligent Production” congress is also sure to arouse very keen interest. Besides lean production and Industry 4.0, the focus here is on sustainable production. The issues of energy-economy and resource-efficiency have meanwhile been taken on board by many manufacturers and are being reflected in specific technical innovations and new services. These include software tools, for example, and the relevant control technology for adapting process parameters, so as to run the process concerned at maximised energy-efficiency or put machines quickly into an “energy-saving mode”, since power consumption will sometimes still be substantial when the machine is not actually producing anything. To quote Prof. Herrmann: “And without a doubt one or two exhibitors will be positioning themselves in anticipation of the upcoming ISO 14955 for the environmental assessment of machine tools.”

Energy-efficiency at the EMO Hannover 2013

Blue Competence, the sustainability initiative of the machinery and plant manufacturers, will be showcasing its capabilities with a shared stand at the EMO Hannover 2013. Machine tool manufacturers and their component suppliers will be exhibiting the latest results of their research and development work themed around the issues of energy-efficiency and resource-economy. At a dedicated specialist forum, sustainability-related activities will also be explained and discussed.

Blue Competence is sponsored by the VDMA, which has established the campaign throughout the entire mechanical engineering sector. The European machine tool trade association Cecimo also supports the initiative and lends it a European dimension. 27 different sectors and more than 350 companies are meanwhile involved as alliance members of this initiative.

With Blue Competence, the sector is synergising its strengths and its know-how, so as to secure and maintain in the long term its global role as the technology leader in issues of sustainability. The message is clear: when it comes to sustainability, the mechanical engineering sector is the enabler. This relates to both sustainable production and to sustainable products. This positioning is essential in order to exploit the enormous market opportunities that the issue of sustainability offers. And it will develop even greater attractions in the competition for new talent. 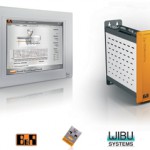 Full protection for your engineering expertise 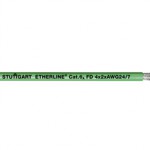