Baden-Württemberg’s Prime Minister, Winfried Kretschmann, was inspired by the innovative spirit of companies in his own home state at this year’s Hanover Trade Fair. Straightaway on opening day (8 April), the 64-year old head of state government stopped at the booth of the sensor manufacturers from Tettnang, namely wenglor sensoric, where wenglor managing director Fabian Baur explained to him the pioneering trends of the automation industry.

In addition to Prime Minister Kretschmann, VDMA managing director Ulrich Hermani (German Machine Tool Builders’ Association) was also amongst the visitors at the booth of the southern German sensor manufacturers. wenglor managing director Fabian Baur cordially welcomed the top state official and his entourage, and accompanied the group on a guided tour of wenglor’s trade fair booth with 192 square meters of floor space.

“wenglor is a good example of entrepreneurship in Baden-Württemberg: a family company with highly innovative products in the field of contactless object detection and customers all over the world”, stressed Prime Minister Kretschmann. “It’s precisely the mid-sized companies who keep our economy strong and maintain our reputation as an exporting state.”

In keeping with the motto “Integrated Industry”, this year’s Hanover Trade Fair attracted roughly 6500 exhibitors from 62 countries. Networking of industrial systems, machines and controllers is thus not only the leading topic of the world’s largest trade fair, for several years now it’s also been a central issue for R&D at wenglor. As one of many highlights, Baur presented the new VisionSystem+ image processing system – a camera system with analysis module for industrial. use of image information. Whereas maintenance, repair and installation work had to be conducted directly on-site in the past, this system makes it possible to complete numerous tasks by means of remote maintenance – and to eliminate innumerable service calls in the interest of the environment. “It was important for us to reduce the high costs of on-site maintenance and installation work by significantly decreasing the number of service trips, as well as the associated expenses and environmental pollution”, explained Baur – an innovation which is entirely in the spirit of the agenda set forth by Germany’s first “green” State Prime Minister, who expressed his thanks for the interesting insights into the automation sector at the end of the tour. “We were very happy to have Mr. Kretschmann as our guest”, says Baur. “It’s nice to know that our innovations are not only highly esteemed in trade and industry, but rather at the political level as well.” 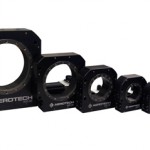 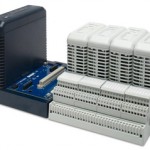