What is the lifetime of an ABB robot?

What is the lifetime of an ABB robot? That’s a question one Swedish manufacturer can’t answer yet – four robots it installed nearly 40 years ago are still polishing pipe bends today.

When ABB robots were first installed at Magnussons anonymous looking building in the midst of rural southern Sweden, ABBA topped the charts worldwide, oil cost $13 USD a barrel and the world’s population numbered 4 billion. Almost four decades and 7.7 million cycles later, the robots are still at it, picking up and polishing tube bends with a touch that seems almost human.

In 1973 Leif Jönsson, CEO of the family run engineering firm Magnussons, came across an ASEA stand at an exhibition in Stockholm. ASEA, today known as ABB, was displaying the world’s first electrically driven, microprocessor-controlled robot, the IRB 6. Jönsson immediately saw the robot’s productivity potential for his business and purchased one; today the workshop is still running, with three additional IRB 6s that Jönsson bought soon afterward.

The reasons for investing in robots, such as safer working conditions and higher productivity, are the same today. “This is dirty, monotonous, repetitive work,” says Mats Jönsson, who has worked at Magnussons since joining in 1980 at age 18. “It’s tough on the shoulders when done manually, and the women who did the polishing before the robots arrived would get injured over time.” Mats estimates that a robot is about 25 to 30 percent more productive than a human. “An experienced worker could probably work as fast as the robot,” he says, “but robots don’t need breaks.”

Yellowing newspaper clippings from the 1970s kept by Magnussons carry headlines such as, “An employer’s dream-worker: no sleep, no holiday, never sick.” Another proclaims: “You have no chance: here is the robot that will put you out of a job.” Mats says, “Robots were new and revolutionary then, and some of the workers thought, ‘The robots are coming – we’re going to lose our jobs!’” But despite employees’ initial fears, no jobs were lost at Magnussons; the workers who had done the polishing by hand were put to work on other tasks. Huge international demand for Magnussons’ bends in the 70s and 80s meant that four robots worked every day, all day. “My father would finish work at four, then come back here at 10 in the evening to fill up the magazines,” says Mats. “And the robots would carry on for another six hours. The only limitations on running them unassisted are that the magazines require filling up with new bends, and the sandpaper wears out and needs replacing.”

Touch wood, we haven’t had to do many repairs,” says Mats. During the last six years the robots have only caused three stops. After almost two million cycles each, the robots are still fairly low-maintenance. Mats just needs to check on them from time to time as he works with other tasks. He says of the robots, “They are worth their weight in gold.” So how much longer can these robots keep going? Magnussons has no idea; but it plans to produce bends in the same way for years to come. 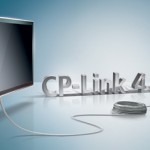 CP-Link 4: The One Cable Display Link 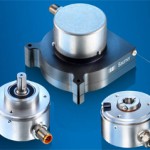