If a machine is to be produced in series, the cost benefit of a microcontroller may outweigh the increased investment in programming. The capabilities of the cost-effective Simatic S7-1200 micro-PLC are impressively demonstrated in a plant for the production of sound attenuators.

Wammes Machinery GmbH of Wiebelsheim, Germany, specializes in sheet metal processing and manufactures products such as duct systems. With a minimum of space and investment, these machines enable efficient and economical air duct pro technik of Laudert, Germany, had provided the electrical engineering for other machines for Wammes and was tasked with the automation. “The machine builder wanted to get away from the no-name controls common among comparable systems. Although they are inexpensive, support is lacking and further adaptations are difficult,” says Andreas Setz, the project manager for HW-Elektrotechnik. “In contrast, Siemens offers products with high brand recognition and with high availability of spare parts and expert worldwide support.”

Costs remain an important criterion. HW-Elektrotechnik had already had a positive experience with the Simatic S7-1200 on a Wammes wrap-fold machine and had learned about the benefits of TIA Portal. But the sound attenuator machine presented the software developer with far more complex tasks, as became apparent in the course of the project. The programming effort for the Simatic S7-1200 and the digital signal module was higher than for the Simatic S7-300 or ET 200 as a distributed version. “But it was nevertheless less expensive for the customer in comparison, because it is only necessary to incur this expense once,” says Setz.

The specific requirements arise primarily from the mechanical design of the machine. The continuous metal sheet from the coil goes through a production line up to 6 m in length, depending on the configuration. Along this path, it first passes a punch unit, in which up to eight hydraulically driven punches machine the sheet with millimeter accuracy – to make it possible to attach braces in the duct at a later point, for example. This is followed by a cutting blade that is also hydraulically driven, and finally by a bending unit for each 90° angle. This sequence means that over the length of the machine during production of the first sound attenuator, it is necessary to take into account and in some cases process punching and bending orders of up to six subsequent articles.The Simatic HMI KTP600 Basic Panel allows up to 10 different work orders with a product quantity of up to 99 items with different profiles and side lengths to be stored in the processing memory. There are also different types of folds that require specific sheet offsets; these are stored with recipe names in the control system, password protected, and are selected by the operator for each work order with a plain-text designation

Sorting and selecting in less than a second

“After the start button is pressed, the control system must put all the information in the right order and organize it into up to 180 motion tasks, in addition to any additional commands for minimal virtual waste pieces,” says electrical engineer Marco Bauer, who created the software. “And for the motion tasks, it also needs to determine what must be done during production of the current item and what needs to be done with the next item.” The control system requires less than a second for all that, so there is practically no waiting time for the operator.The Simatic S7-1200 also assumes control of the hydraulic feed motor with inching and positioning operation, for which Bauer programmed a separate motion block. Thanks to the integrated high-speed counter, path detection was implemented using a standard rotary encoder without additional hardware, which in turn reduced costs. The operator can easily carry out the referencing using a corresponding menu, even if the rotary encoder needs to be replaced due to wear some time in the future.

In this application, Bauer used almost the full capacity of the Simatic S7-1200, in terms of both storage space and computing time. The sound attenuator machine can thus be considered a prime example of what can be achieved with a powerful microcontroller. “In the implementation of the complex task, it was of great help that the SCL programming language was also released for the Simatic S7-1200,” adds the electrical engineer. Norman Michel, general manager at HW-Elektrotechnik, explains: “Now that we are familiar with it, we will certainly use the Simatic S7-1200 system again if it is suitable for the project and the solution needs to be cost-effective. 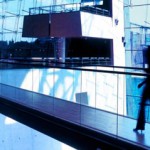 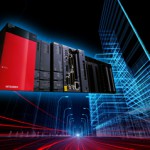 Trends in control technology: is there a future for the PLC?