Industrias del Espino, a producer of palm oil products in Peru, processes around 280,000 tons of the palm oil fruit per year. Waste water resulting from the production was previously collected in open basins. The released gases were released without ﬁ ltering into the environment and thus contributed to the pollution. By means of VIPA automation engineering the production plants were upgraded with a biogas plant and a biological sewage treatment facility. Now the high-energy gases are converted into usable energy and this leads to a reduction of greenhouse gases.

For this the previously open basins were covered with plastic foils which collect the biogas. At the same time a biological wastewater treatment treats the sewage. The main purpose of the system is the replacement of fossil fuels that are used for the operation of the old Diesel boiler plants. These boilers were adapted so that they could be operated using the self-produced biogas. This automation technology in the plants is deployed in the control of biogas production as well as in the wastewater treatment.

As the basins of the different process stages are spread over the entire area of the company a PROFIBUS network consisting of eight outstations was implemented for the control and monitoring. The entire length of the PROFIBUS network is around 1.2 km. In each outstation there is an IM353DP interface module that collects the data of up to 32 I/O modules and transfers them to the central CPU 315SN/NET. The driver software for the manual and automatic operation of the pumps, blower and valves, also the measurement of temperatures, flow rates, the energy and gas composition (methane, oxygen, hydrogen sulfide etc.) are in this CPU. In addition the values of the produced gas and the total consumption of the gas in different parts of the plant are recorded.

The interfaces, integrated in the CPU as standard, are used as follows:

PROFIBUS DP master for the communication with the PROFIBUS remote stations installed at the perimeters of the basins.

Ethernet TCP/IP interface to communicate with the VIPA TP610C Touch Panel that allows monitoring and control of the whole process. The interface can also be used for programming the PLC.

Operating the plants via Touch Panel The VIPA Touch Panels TP610C allow the operator to monitor and control the plant, visualize trend curves of the most important signals and access alarm reports. For this project it is important to generate automatic reports about the total amount of gas produced in different parts of the plant. Every 30 seconds the measurements are recorded to avoid manual intervention in the data flow.As additional security the reports generated on the Touch Panels are not stored on the PCs, but are sent directly via Ethernet to the network server of the company.

United Nations approval for the project

The complete project is under the control of the United Nations as it is part of the Clean Development Mechanism CDM, also known as carbon credits. In 2007, the recognition of the United Nations for the issue of emission rights was granted. The operator of the Biogas plant sees this as confirmation for the safety and reliability of his plant equipped with VIPA technology. 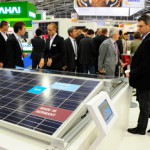 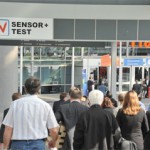