Close cooperation between Intel® and B&R

Until now, new processor generations have generally been limited to office and home computers. It often took time for industrial PCs to play catch up in terms of performance and multimedia capabilities. This isn’t the case with the new Automation PC 910 from B&R. This system was developed in close cooperation with the US semiconductor manufacturer Intel®, who were busy planning the third generation of their Core™ i-series processors at the time. As the Intel® Core™ i3, Core™ i5 and Core™ i7 CPUs with up to four cores appeared on the market, they were immediately put to use in B&R’s Automation PC series.

Intel and B&R: Superior performance for next generation technology

«Together with B&R’s industrial PC design, the 3rd generation Intel® Core™ i7 processors offer performance and I/O technologies that are second to none,» says Matt Langman, Director of Marketing for the Intelligent Systems Group at Intel. «These systems provide the power needed to meet the intensive processing requirements of future automation and control applications.» Together with the new QM77 Express chipset, these processors currently represent the maximum performance available for industrial computers.

Integrated graphics directly on the processor chip increases graphics performance and allows the DirectX 11 API programming interface to be used to display complex 2D and 3D graphics. It also provides support for audio output, pointing and input devices as well as network communication. USB 3.0 interfaces, 2 gigabit Ethernet ports, a serial interface and additional modular interfaces for communication networks such as RS-485 and CAN round off the extensive options available on the Automation PC 910.

[info] Users can find out more about the Automation PC 910, the first system to use Intel’s new Core™ i processors in an industrial environment, in a jointly published white paper available on the following Intel and B&R web pages:
www.intel.com/content/www/us/en/industrial-automation/industrial-computer-performance-brief.html
www.br-automation.com/en/company/press-room/close-cooperation-between-intel-and-br/.[/info] 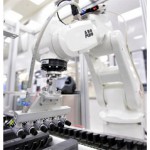 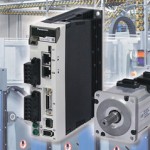