China has more smokers than the United States has residents – about 350 million. China’s booming tobacco industry, which annually generates around 20 billion euros in taxes according to government figures, is an important part of the national economy. Over five trillion cigarettes are produced every year; China is by far the largest cigarette producer, followed by the USA. Chinese cigarette production increased nearly eightfold from 220 billion in 1960 to over 1.7 trillion in 1995. The economic value of cigarette production amounts to several hundred billion euros annually.

Around two million people work worldwide in the cigarette industry or facilities affiliated with the industry, two thirds of these workers are in China, India, and Indonesia.

The number of personnel used in the production is classified as low compared with production volume. Efficient production processes moved in many years ago and modern automation technology makes it possible to manage entire plant sections with low personnel costs.

The “Kunming Cigarette Factory” company, one of Yunnan Province, China’s most important tax sources, has produced nearly twenty of the most popular cigarette brands in China since 1942. Around 5600 employees work there today. In addition to other manufacturers’, countless Siemens field devices can be found for process instruments in different production sections, as well as Siemens solutions for factory automation.

Processing tobacco is a demanding process with which certain basic conditions among other things are important and must be monitored for consistent quality. For example, the temperature during fermentation is an important process parameter.

Six-foot stainless steel tanks filled with tobacco leaves, water, and aroma additives with a weight of up to three tons are moved through the production facility on transport conveyors.

Here it is particularly important that the temperature in the tanks can be monitored permanently. Conventional monitoring is impossible due to the constantly moving tanks, because it would be impossible to run cable from the tank to the control system. Thus, a solution was missing to allow for the continual monitoring of tank temperature and which could be installed on the tank without disruptive cables.

The process instruments at this place faced seemingly insurmountable challenges not too long ago.

The answer seemed simple, but not trivial: the measuring system had to be wireless and preferably with its own power supply!

With the WirelessHART product portfolio, Siemens offers wireless field devices for the process instruments along with a universal WirelessHART adapter.

With the Sitrans TF280 for temperature and the Sitrans P280 for pressure, Siemens has completely wireless field devices in the portfolio that can supply power from the integrated batteries for an average of five years.

In addition to the integrated WirelessHART field devices, Siemens offers the WirelessHART Sitrans AW200 adapter, which can integrate conventional HART devices with wire-bound HART communication, but also purely 4.20 mA analog devices into a wireless WirelessHART network thus rendering this wireless too. To be able to satisfy the desire for a completely wireless system too, the Sitrans AW200 is able to supply power to the connected device. This occurs with the help of a battery pack integrated in the AW200. Intelligent power management ensures that the connected device can be put to sleep when it is not being measured and then be awakened cyclically via the AW200 and always punctually for the measurement.

Over 20 WirelessHART measuring points were recently equipped this way at Kunming, one of China’s largest tobacco-products factories.

Temperature measurement on the moving tanks during running operation – without personnel to read the display instruments – would otherwise have remained an unfulfilled wish. Not to mention integration into the Simatic PCS7 control system.

To always know exactly what temperature is in which tank allows for flexible processing and a dynamic effect on the production process. This not only guarantees the product’s quality, but also increases productivity. Work processes can follow one another more quickly while avoiding dead time.

Maintenance costs (such as those for battery replacement) are pitted against enormous productivity and efficiency increases so that their usage already pays for itself after a few months. When you consider that the application through the usage of wireless WirelessHART instruments only recently even possible at all, the added value for the facility operator is immense compared to the relatively low investment costs.

Product features at a glance:

Flexible assembly of the devices

Reliable communication with the control system 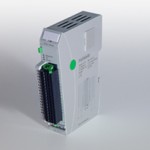 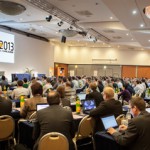