anvassing and the registration phase are still running at full bore, but the private promoter is already able to announce exhibitor numbers amounting to well above 800 for the 32nd Motek and the 7th Bondexpo. More than five months before the doors open at the Stuttgart Exhibition Centre, more than 700 exhibitors have already made firm bookings for participation at the Motek international trade fair for production and assembly automation, as well as more than 100 for the Bondexpo international trade fair for bonding technology. Altogether, more than 645,000 square feet of overall exhibition floor space have thus already been reserved, for which reason the Motek team, headed up by project manager Rainer Bachert, have already allocated the majority of all available floor space at the Stuttgart Exhibition Centre.

Consequently, Motek and the complementary Bondexpo trade fair are once again setting standards this year with regard to industrial equipment and solutions in the field of production and assembly automation. The annually increasing number of automation system suppliers and robot technology system integrators, as well as manufacturers of assembly systems and complete solutions, is noteworthy. Furthermore, offerings in the areas of handling technology and robotics, material flow and conveyor technology, as well as joining and fastening technology, are continuing to expand as well. For customer and users – regardless of whether they’re manufacturers of fixtures , subsystems and complete systems or manufacturing end customers – this offers the decisive advantage of being able to gather both detailed and general information about all relevant automation modules, and in particular complete turnkey solutions.

Added Value Thanks to Consistent Strategy

The declared strategy of the Motek trade fair management team of showcasing all-embracing worldwide offerings for components, assemblies, subsystems and complete solutions in the broad-based field of industrial handling provides expert visitors with added value. Further added value results from collaboration launched in 2013 between Motek, as the leading international trade fair, and xpertgate, as the leading online trade fair in the German speaking countries! The goal of this collaboration is to create added value for exhibitors in the areas of assembly systems and special purpose machine manufacturing, and in particular for robot system integrators – namely by expanding the process-sequence oriented presentation of assembly system fabrication, robot system integrators and complete process solutions.

Assembly system fabricators and robot system integrators profit from the nearly complete presence at Motek of leading suppliers in areas ranging from process engineering right on up to handling, joining, inspection, identification and packaging. Expert visitor target-groups, who are identical with regard to their broad-based but nevertheless focused requirements for process engineering and system integration, profit from the all-inclusive worldwide offerings and the resultant opportunities for direct comparison. The fact that process engineering and systems manufacturing belong together, and finally result in system solutions which are based primarily on high-performance components, assemblies and subsystems, has been at the heart of Motek’s concept right from the very beginning as an international trade fair for production and assembly automation, and is now more up-to-date than ever! 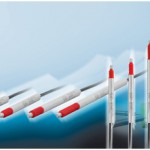 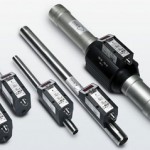