Automation relies on SPS IPC Drives Italia and takes the road to success 18,058 visitors at the third edition

The event organised by Messe Frankfurt Italia closed its doors after recording results that exceeded expectations, confirming it again as the reference point for the entire electric automation industry.

“The larger themes of SPS IPC Drives Italia,” noted Donald Wich, C.E.O. of Messe Frankfurt Italia, “concern key objectives such as restoring the competitiveness of Italian production, toward which automation technologies and related innovation processes play a primary role. This event is synergetic with the strategy of Messe Frankfurt which has grown into the quintessential partner for bringing Italian production to the forefront worldwide.

The large number of people joining the round tables in the three days of SPS IPC Drives Italia merely confirms the success of the exhibition and conference formula. “The underlying theme of this edition dedicated to food & beverage has made a significant contribution to the success of the third edition,” remarked Francesca Selva, Vice President of Marketing and Events Messe Frankfurt Italia. “We will repeat this experience next year by selecting a new focus.

Giuliano Busetto, president of Anie Automazione, confirmed its success: “Anie Automazione companies have made a considerable contribution to the birth and growth of SPS IPC Drives Italia. We were delighted to embrace the success this year, borne out by the data with exhibitors and visitors on the rise, as well as the overall quality of the solutions on display. SPS IPC Drives Italia and Anie Automazione are benchmarks in our segment. As we transition out of such a difficult year, the industry remains vital and driving in our national economy.” 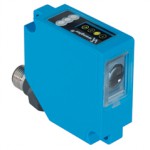 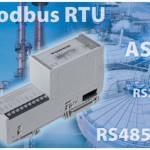