Woojin revolutionizes its machines with B&R

Upgrading to B&R servo technology and POWERLINK communication has helped Woojin optimize the speed and precision of three different lines of injection molding machines. In October, B&R and Woojin will be presenting these and other innovations at the world’s leading exhibition for plastics and rubber, the K 2013 trade fair in Dusseldorf, Germany.

“The key to injection molding is to maximize both speed and precision without sacrificing either,” states Injun Jung, R&D Director at Woojin. “State-of-the-art decentralized servo technology from B&R gives us the control we need to perfectly synchronize multi-axis tasks and achieve a highly responsive injection process, while the POWERLINK network allows individual slave axes to exchange data directly at very high speeds and with excellent precision.”

Woojin was able to boost energy efficiency and significantly lower noise from its hydraulic injection molding machines using servo pump technology from B&R. B&R servo pumps can also be found on Woojin’s two-platen machine. These machines range from 450 to 3000 tons of clamping force, with a 3500 ton model to be available by the end of the year. Woojin has upgraded its fully electric TN250E machine with a new toggle mechanism to optimize pressure and three servo motors on the injection side to achieve injection speeds of 1000 mm/sec. The new solution also created 10% more space between the platen without increasing the machine’s overall dimensions. The entire injection drive system, including controller, is sourced on a turn-key basis from global automation leader B&R.

Woojin introduced its new machines based on B&R technology at KOPLAS 2013 with resounding success. Both companies will be presenting their latest innovations for the plastics industry at the K 2013 fair in Dusseldorf. 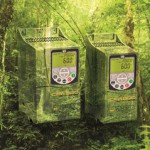 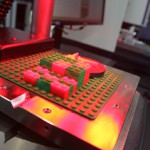