There has been a real technological breakthrough in the profile measuring field. Approximately 30 times faster than the best standard of the market, with the LJ-V Series it is possible to check instantaneously the results of a scanned target using a 3D view on line. It is also characterised by the simplicity of its implementation, precision and its stability of detection.

It has been the dream in many industrial sectors to be able to get a 3D metrological mechanism at the end of their production lines. The stakes are fundamental: no more manual checks, analysis in real time of production drifts and total traceability. Unfortunately, in many cases, this control was not possible because the available solutions on the market had two major disadvantages: the measuring speed was often not compatible with the rate of production and their implementations were complex.

With the LJ-V Series on line high speed checks are eventually possible. Moreover, speed does not change the stability of detection. This is because Keyence has developed specific electronics, and in particular a new CMOS sensor with high sensitivity and the GP64 processor.

Keyence has been mastering CMOS sensors for many years, and the HSE3-CMOS sensor is a huge step forward. It is even faster and offers an even wider dynamic range (64 times higher than the best 2D systems). With its very high sensitivity it is possible to measure with stability dark and shiny surfaces. The process is ensured by the GP64 which processes in ultra-high speed pipeline. The LJ-V Series is approximately 30 times faster than the best standards of the market. 12.8 million Points are measured in a second, that is to say 64000 profiles a second. For example it can measure targets moving at a speed of 6.4 m/s with a step of 0.1mm.

The precision and the stability of detection are also above the standards of the market. The LJ-V7000 Series combines a blue laser (which is characterised by a smaller beam because of the shorter wavelength) with a 2D Ernostar lens which focuses to the maximum the laser light. As a consequence the beam is very thin and of high intensity, generating a very stable and high profile accuracy. When operating, the precision is ±7.6 µm and repeatability is 0.4 µm. The linearity is 0.1% on full scale. The blue laser provides also a more stable detection on targets at high temperature, because the diffusion on the surface is less important than for a red laser.

Furthermore, Keyence uses a double light source. The differences of light quantity are processed in order to identify the multiple problems of reflections which disrupt the measurement. This feature, known as of double polarisation, is unique in the world. It proves critical for the measurement of metals with complex profiles and surfaces.

The implementation has been highly simplified to be accessible to all. The LJ-V Series offers 74 easy to configure measurement features, with which to configure the most contemporary measurements. Note that 16 simultaneous measurements can be performed on the same profile. Another great innovation, the LJ-V is equipped with a feature which generates a 3D profile from the 2D measured profiles. A specialised programmer is not necessary any more, all the more when an automatic position adjustment feature makes it possible to manage the differences in position of the parts to be measured. The operator can, during the adjustment or of measurement, check the results instantaneously on a specifically developed touch screen. Connection to an off the shelf monitor is also possible.

The reference distances reach 300 mm for profiles of 240 mm.

Moreover, the LJ-V is robust thanks to its IP67 protection rating. It also complies with the standard of impact resistance IEC 68-2-29. It is thus possible to measure parts of all sizes, close to the process. Consequently the LJ-V seems a very effective solution for electronics, metal working or manufacture of plastic parts and elastomers. It offers a very fast return on investment. 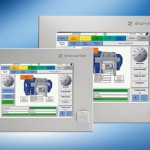 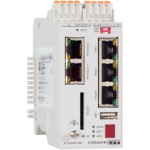