The MELSERVO MR-J4 series of servo amplifiers and the associated positioning units, simple motion modules and high-end motion control systems enable machine builders and end customers to increase production, safety and productivity. They have been developed for the automation requirements of tomorrow and incorporate numerous innovative and user-friendly functions to minimize the potentially time-consuming matching of mechanical and electronic systems.

The series features single, dual and triple-axis amplifiers for improved economy, energy efficiency and cabinet space use. These can all operate with rotary, linear or direct drive motors, thus considerably simplifying the system building process. The package overall is described a delivering a giant leap forwards in accessible performance and usability.

The Award was presented at a glittering ceremony at the Amper Fair in the Czech Republic on 21 March 2013 and was collected by Mr. Hitoshi Namba Regional Hub Manager for Mitsubishi Electric Central Eastern European Factory Automation business.

The Control Engineering Czech Awards are seen as a major honour in the region, and recognise the best of innovation and enterprise.

Mr. Namba said: “With the MELSERVO MR-J4 we are seeing servo technology come of age. The user friendliness it achieves through its many built in functions, simple programming and ease of system building. It opens up servo performance to whole new areas of application that previously would not have considered high tech solutions.” 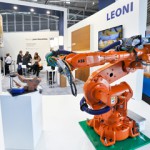 AUTOMATICA 2014 Will Take Place in June 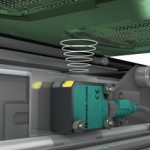