Highly Qualified Public is featured at the 28th Fispal Tecnologia

The results of the 28th Fispal Tecnologia –International Tradeshow For Packagings and Processes for the Food and Drink Industries, promoted by BTS Informa, gave a new rhythm for the sector. The qualified presence of 60 thousand visitors from all over the country and from abroad, opened new business opportunities for the two thousand exhibiting brands, which occupied almost 80 thousand square meters of the AnhembiExhibitions Pavilion, in São Paulo, from June 12 to 15.

The participation of 146 foreign exhibitors, from 16 different countries, a growth of 35% compared to the 2011 edition, also confirms the favorable moment to increase the commercial relationship with the Brazilian market. This year the International Pavilions bring many news and trends from Germany, Belgium, Canada, Chile, China, Colombia, South Korea, United Arab Emirates, Spain, United Stated, Holand, India, Italy, Mexico, Taiwan and Turkey – this last one will have representatives from 15 companies.

During the Fispal Tecnologia, 112 business meetings were organized with 10 international buyers and 25 brazilian companies that are plastic transformers and associated to the ExportPlastic Program. According to INP (National Plastic Institute) the business projected is of US$ 1.7 million for the next 12 months.

“At each Fispal we want to improve results and this edition is proof that we have reached our objectives”, says Marco Antonio Basso, CEO of the Informa Group in Brazil.

The exhibitors evaluated that Fispal should be in the marketing and business planning of the companies of the sector. “The show was really positive, being the best window for our product line”, says Marcio Amorim, Romi’s general manager. The same opinion is shared by the director of Indumak, Gelson Renato Schmidt. ”The quality of the visitors has improved. We have concluded good businesses and also prospected new customers, besides keeping the relationship with the customers we already have in our portfolio”.

Even for the exhibitors that participated for the first time, the results were higher than expected. This is the case of the German company Rose Plastic, that had 40 new contacts, all considered potential buyers. The experience was also satisfactory for Simplas-RS (Union of the Plastic Material Industries), that had entrepreneurs from the South of Brazil. “We saw a highly qualified public, as this show is much more focused”, said Victor Oscar Borkoski, vice-president ofthe union.

The future of the sector

Together with Fispal Tecnologia, three technical congresses were organized, and one simposium about Food Safety. This initiative was done between BTS Informa and IBC Brasil, a company belonging to the Informa Group specialized in organizing these events. Between June 12 to 14, 500 participants of the congresses could exchange information and experiences about trends, technologies and challenges for the food industry.

Together with Fispal Tecnologia, three technical congresses were organized, and one simposium about Food Safety. This initiative was done between BTS Informa and IBC Brasil, a company belonging to the Informa Group specialized in organizing these events. Between June 12 to 14, 500 participants of the congresses could exchange information and experiences about trends, technologies and challenges for the food industry.

The opening of the event was featured by the Presidents’ Plenary, which had the participation of presidents and vice-presidents of big industries of the sector – J. Macêdo, BRF Brasil Foods, Schincariol, Kraft Foods, Cargill Agrícola, Tetra Pak and PepsiCo. The debates about The Directions of the Food Industry in Brazil were conducted by LuisMadi, president of ITAL (Food Technology Institute), from the Agriculture and Provision Secretariat of the São Paulo State.

Healthfulness was highlighted by Gino Di Domenico, president of Schincariol, as a good example of actions that have been implemented by the brand in the improvement of products. According to him the company was able to change artificial aromas to natural ones, reduce between 15% and 20% the quantity of sugar in the drinks and cut around 14% the water consumption in the industrial processes.

Fabio Acerbi, director of corporate matters of Kraft Foods stressed that there should not be opponents between the industry and regulatory agents, likeAnvisa, but a partnership. “We are not on opposite sides. The industry also wants healthy consumers so that the consumption can be sustainable”. This way, Kraft has been successful in overcoming the targets to eliminate the trans fat, solid wastes, and others.

Between other points that were discussed, it became clear that the incentives and policies for the food industry are still unsatisfactory, mainly when considered the high demand for food not only in Brazil, but in a more broad scenario, like Latin America 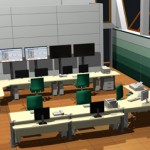 100 tunnels under control based on PcVue SCADA from ARC Informatique 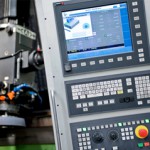 Goratu: the longest grinder in Spain with Fagor CNC