Siemens at EMO 2013: On the road to Industrie 4.0 in CNC technology with Sinumerik

Industrial corporations are facing deep-rooted changes in the world of manufacturing. This change is taking place alongside increasing integration of product development and production processes with the benefit of innovative software systems and high-performance software – a decisive step on the road towards a new industrial age. «Siemens has invested a lot of work in the integration of automation technology along the entire value chain over a period of many years, and is playing a cutting-edge role in shaping the future of production», stated Robert Neuhauser, CEO of the Motion Control Systems Business Unit of the Siemens Drive Technologies Division, at a press conference held in the run-up to the EMO 2013. «In the Sinumerik environment in particular, and consequently in the field of CNC production in general, Siemens has been heavily involved for many years already in the area of simulation and the virtual machine, as well as the integration into factory IT systems. Our aim is to drive this process of integration forward to ensure that the field of machine tool construction is also prepared to embrace Industrie 4.0», continued Neuhauser.

With its Sinumerik family, Siemens offers an integral portfolio of controls for everything from simple machine tools through standardized machine concepts to modular premium solutions, complete with smart solutions for the economical manufacture of high-end workpieces. It is working towards the consistent expansion of this CNC technology expertise. «In future, production models will demand ever greater productivity, flexibility and efficiency, while at the same time expecting simplified machine operation and production sequences. As it continues to develop the Sinumerik portfolio, Siemens is working to satisfy all these expectations», said Joachim Zoll, Head of Machine Tool Systems Business Segment within the Motion Control Systems Business Unit. The innovations presented by Siemens at the EMO 2013 will consequently focus on smart function improvements which will make for greater CNC operating convenience, increase precision at the workpiece and allow greater machining safety across every category of machine, from the compact to the high end solution. A new function to protect against unwanted component collisions will be showcased by Siemens, for example, alongside improvements to its cohesive Sinumerik Operate user interface, including upgraded simulation options.

The Sinumerik portfolio is additionally playing an increasingly important role in preparing the ground for Industrie 4.0 in the field of CNC production, also within the framework of the Integrated Drive System (IDS). With a view to optimizing the addition of value across the entire process chain through consistent integration, IDS is used to integrate all the components of the drive train consistently into the complete production process environment. This also applies to Sinumerik system solutions.

For every Sinumerik application, ideally coordinated system components such as high-powered Sinamics drives and Simotics motors have always been used as a matter of course. Alongside horizontal integration of the entire drive train, with Sinumerik Integrate for Production Siemens is also allowing vertical integration within the control architecture of industrial manufacturing automation. As the example of a leading passenger car manufacturer illustrates, this type of vertical and horizontal integration within the production process can speed up the series start for a new vehicle by up to 50 percent.

The integration across the entire product life cycle can in turn be implemented using suitable PLM software solutions from Siemens. This concept is already being implemented by lead metal processing industries such as the automotive, aerospace and medical technology sectors. This entails the increasing execution of product development and production planning at the screen before a single machine tool has even been installed. If a modular machine is developed on a virtual basis right from the outset so that it can be fully simulated, time savings of up to 40 percent can be achieved. In running operation, productivity increases of 10 percent are also made possible by continued simulation and optimization. At this year’s EMO, Siemens will be showcasing the further development of its Product Lifecycle Management software, which encompasses scalable solutions for component production, and further improved IT integration from the workpiece model through to the machine tool. Siemens will also be revealing the next stage in productivity for NC programming with the further development of its PLM software NX CAM. From now on, this software will include special industry-specific machining functions as well as access to a new Manufacturing Resource Library.

At the world’s premier trade fair for metalworking technology, in Hall 25, Booth D33, Siemens will be presenting and demonstrating intelligent solutions for machine tools. With its SINUMERIK CNC, Siemens is offering highly productive automation solutions for workshops, job shops and large series production in industry. Whether single part or mass production, simple or complex workpieces – SINUMERIK makes every production model an absolute success.

Mark your calendar today for EMO, September 16-21, 2013, and experience just how to increase productivity in your production environment based on SINUMERIK. 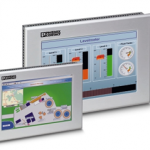 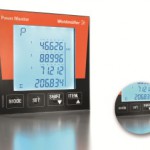