One of the most ambitious wastewater treatment projects in Europe, designed to process several towns’ wastewater and improve water quality along the Sussex coast, has been speeded along because of the ease of integration of Mitsubishi Electric control equipment.

The treatment works at Peacehaven came on stream in late 2012 and via the new sewer tunnel, links with both the old Victorian network and the long sea outfall. Located adjacent to the newly-designated South Downs National Park, architects sculpted the building and specified an 18,000 square metre grass roof, one of the largest in Europe, so that it blends almost invisibly into the landscape. They even insisted on maintaining a slight negative pressure within the building to contain unpleasant odours.

Peacehaven is home to the central control room, from which a duty/standby SCADA (supervisory control and data acquisition) systems and four thin client workstations are run. The SCADA / PLC (programmable logic controllers) System runs all aspects of the WWTW including wastewater and sludge processing, odour control and HVAC (heating ventilation and air conditioning). The SCADA system also includes an additional five operator stations mounted on motor control centres dotted around the Peacehaven site, all of which can be used to control the entire system including equipment up to 7km away. The remote sites in the other towns are each fitted with at least one E1000 HMI but these are configured to allow only local control rather that providing access to the whole system.

The system extracts air to maintain the negative pressure and passes it through a series of acid and hypocaustic scrubbers, then several carbon filters to make sure that no foul smells escape. The rate of extraction has been calculated and set so that the internal negative pressure is always kept constant.

The engineers were able to use the landscape to best advantage, using the fall of the Downs to gravity feed much of the system. There are only three sections in the whole system where the wastewater has to be pumped upwards.

The lowest point of the system is a flushing chamber underneath Brighton Pier. From this point the wastewater flows by gravity through Brighton Marina GDS to Marine Drive Pumping Station below Marine Drive, Brighton’s iconic water front plaza where half-marathons start, vintage car rallies finish and many other public events take place. From here, PLC controlled fixed speed pumps are used to lift the wastewater through a 40m shaft and then travel by gravity to a second pumping station located at Portobello where it is raised 30m to then flow to Peacehaven, the highest point in the system, so all subsequent areas are gravity fed. The first two set of pumps are fitted with softstarts, while the one uses variable speed drives.

The core equipment in the works’ control system is Mitsubishi Electric Q-series PLCs and E1000 HMIs (human/machine interfaces). Programmed using the IEC programming standard via the Mitsubishi engineering environment, the PLCs and HMIs interface with Harting connectivity equipment and field devices from at least 10 other manufacturers.

The key reason Mitsubishi PLCs were used is due to their ease of setup and use, plus their ability to seamlessly integrate with products from other manufacturers. In Peacehaven the main communications network is Profibus, with which the PLCs and HMIs are compatible. (They are also compatible with all the major open networks such as Ethernet, Modbus and CC-Link).

The Mitsubishi Q-series is far more than an ordinary PLC. It is a single automation platform that brings together modular control features from many different engineering disciplines, including, logic, motion, IT and process control. It is designed to be easy to install and commission and to boost productivity. Southern Water has used the power of the Q-series to combine sequential control with process specific instructions to create a high performance yet simple control system with the utmost reliability.

The project was awarded to 4Delivery who subcontracted elements to Enpure Ltd, Veolia Water & Andritz, the control system was designed, installed and commissioned by Enpure Control Systems Engineers & latterly to completion by PJA Control Systems Ltd, whose Paul Abbott (formerly Enpure’s Principal Systems Engineer) sees the out-of-the-box usability of the Mitsubishi equipment a major contributor to the success of the build. In fact the Mitsubishi project team were only required to visit site a couple of times to help with very minor issues. 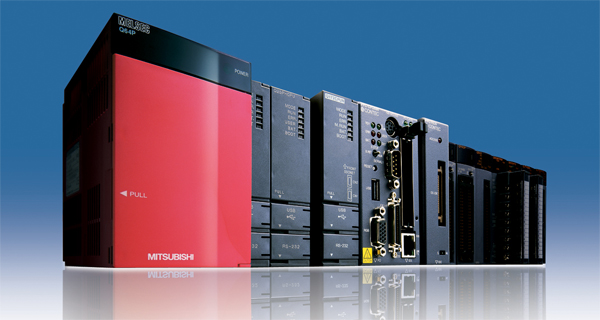 The Mitsubishi E1000 HMIs used throughout this major project push the state of the art of operator display terminals. Their design is based on ergonomic principles to provide intuitive ease of use and this in turn allows greater integration of functions within the control system than was previously achievable.

The control system is based on PLCs with a SCADA supervisory level and Enpure Ltd / PJA Control Systems Ltd were responsible for system design, documentation, Profibus network design, PLC / SCADA programming standards, remote off site communication, telemetry and testing and commissioning. Despite all this functionality, in use the system needs only one person to operate it – in fact the whole site needs only four or five people.

The Mitsubishi PLCs are all located in the ICA (Instrumentation, Control, Automation) section of the MCC (Motor Control Centres). From here the PLCs control and monitor all field level equipment such as pumps and flow meters. Operations can be managed from the control room which uses the SCADA to graphically represent the plant and remotely control it. 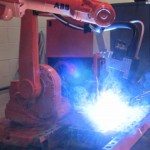 ABB at «SCHWEISSEN & SCHNEIDEN» in Essen 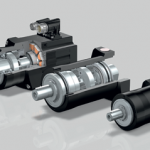