A thriving North East manufacturer employing ‘lights out’ machine-shop automation has been awarded for its successful diversification into the competitive aerospace sub-contract engineering sector. Consistent investment in advanced machine tool automation, including robotics, has helped ALM Products to build a new sub-contract engineering service into a healthy 40% of turnover.

ALM Products, based in Newton Aycliffe, installed three FANUC ROBODRILL machining centres before the decision to diversify was made. One of the ROBODRILL’s is ‘teamed’ up with a FANUC M-10iA Robot and is used continually for unmanned production.

The decision to diversify came in 2009/10 following the economic down turn and its effect on cubicle hardware sales. ALM made the decision to enter the sub-contract engineering sector and with it the need to achieve recognised quality standards.

Starting from a position of having no certification ALM has now achieved ISO 9001, ISO14001 and the aerospace standard AS 9001. Tony Thompson, Managing Director, ALM Products explained, «We designed our cubicle components to require the minimum amount of quality procedures and they are recognised as a ‘high end’ product. Setting up to achieve AS9100 certification and ISO 9001 was essential to diversify the business.

«Quality has always been high in particular with products produced with the automated ROBODRILL cell. The FANUC robot loads from a stacked up pallet, with up to 1,000 parts for machining, into the ROBODRILL T21 machining centre. Although tool probing is available on ALM’s two other ROBODRILL T14 machines, the robot cell relies on 100% automated in-cell inspection of machined parts, to monitor for out of tolerance.

«We originally invested in FANUC ROBODRILL’s because we knew that to manufacture our components in-house, as opposed to offshoring, we needed the best technology and the best tooling to remain competitive. A recent pricing exercise with an off-shore contractor has proved our point, not only are we 5% more competitive but we have control of quality, we can call off any quantity we want large or small, we have no delivery or packaging issues Its mainly because we can remove most of the labour cost from the job by automating as much of the process as possible.»

Currently there is one FANUC robot at ALM on a 21 tool turret ROBODRILL the other two machines, with 14 tool turrets, are loaded manually. Common to all FANUC automation products the ROBODRILL and robot use FANUC designed and manufactured components throughout including drives, motors and control. Integration of the robot to the machine centre control is very straight-forward and with older systems is not a problem as FANUC controllers are designed to accommodate potential obsolescence issues with factory support as required.

Recently nominated as one of the top three businesses in the North East of England and as the best manufacturer in the Durham and Weir area, ALM has set up its sub-contract division as ALM Engineering Solutions. A healthy offshore sector in the North East together with the well established aerospace sector has given ALM the confidence to maintain its investment in advanced machine tool technology.

Tony Thompson continues, “From a sub-contract engineering capacity viewpoint the FANUC ROBODRILL machines have given us the advantage of saying to a customer that we can turn round components for a next day delivery without the cost of a night shift – this makes us very competitive.”

From the business view point ALM believes the investment sends out a strong message, concludes Tony, “For our industry we’re cutting edge, the FANUC machines have proved to be relatively low cost for us, maintaining our high quality reputation while remaining competitive and increasing our subcontract resources – we’ll probably be investing in more!” 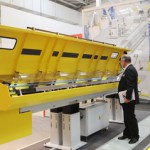 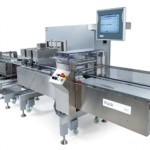 Bosch sets focus on hygienic packaging at at FachPack