Partner Country Netherlands off to flying start at HANNOVER MESSE 2014

The Netherlands have been named the “Partner Country” for HANNOVER MESSE 2014. The high-tech, export-savvy nation will use the world’s leading industrial exhibition to promote its first-class trading credentials.
“The Netherlands and Germany – this is a tandem which stands for close and successful economic relations, which are going to get a further boost at HANNOVER MESSE 2014,” stated Dr. Jochen Köckler, Member of the Deutsche Messe Managing Board. “The Netherlands are a perennial innovator in the fields of mechanical and plant engineering as well as energy technology. They are also extremely dynamic exporters and one of German industry’s key trading partners – in short, the ideal Partner Country for the world’s leading industrial tradeshow.”
In the words of Ineke Dezentjé Hamming-Bluemink, Chairman of FME-CWM, the association of technology industry enterprises in the Netherlands: “The characteristics of the Netherlands, like its size and density, along with its ingenious and pragmatic entrepreneurs, enable Dutch companies to expand and export technological innovations rapidly. Germany is our most important trading partner and HANNOVER MESSE is the biggest and most important industrial trade fair in the world. This combination forms a top match. For that reason I am very pleased and honored that the Netherlands will be the Partner Country for Hannover Messe in 2014. This offers a great opportunity to show the German and international public the highly advanced and innovative solutions Dutch companies have to offer.”
The Dutch government is lending its vigorous support to the Partner Country project as well, with Dutch Economics Minister Henk Kamp and Lilianne Ploumen, Minister for Foreign Trade and Development Cooperation, announcing they will team up to ensure the success of the Netherlands’ involvement at HANNOVER MESSE. Their motto: “Foreign trade creates domestic jobs.”
Thanks to its highly specialized SMEs, Holland’s mechanical and plant engineering industry represents the nation’s fastest growing industrial sector, with anticipated growth in sales of 8 percent in 2013. The Netherlands are also leaders in the field of renewable energy and energy efficiency, particularly in offshore wind energy. Correspondingly, the Netherlands are committed to meeting at least 16 percent of their energy needs via regenerative sources by 2020. As Köckler summed it up: “First-rate achievements in mechanical engineering and energy technology, a leading role in research and development and industrial subcontracting – all of these are ideal links to the core topics covered by HANNOVER MESSE.”
Given the country’s small domestic market, exports represent the Dutch economy’s driving force. From January to November 2012 exports amounted to some EUR 470 billion, a gain of 17 percent year on year. The country’s fastest growing sector consists of mechanical and electrical engineering, with forecasts envisioning annual growth of 4.5 percent in exports of mechanical engineering products and services through 2020.
The Netherlands are one of Germany’s main economic and trading partners – with regard to imports and exports. In 2012 the Netherlands were Germany’s No. 2 trading partner, with foreign trade revenues of EUR 157.5 billion. Holland’s exports to Germany that year added up to EUR 86.6 billion – a figure which constitutes 9.5 percent of all German imports, putting the country in first place. The upshot is that Germany is Holland’s biggest trading partner by a large margin. Bilateral trade between the two countries accounts for almost 30 percent of Holland’s gross national product. “Germany is a key supplier and significant customer for the Netherlands, particularly in the mechanical and electrical engineering sectors,” stated Köckler.
The Netherlands are traditionally strongly represented on the exhibitor and attendance side at HANNOVER MESSE. While the number of exhibitors over the past few years has remained constant at some 100, the amount of display space occupied has continually gone up. As a corollary of the Partner Country project, Köckler is anticipating a substantial and sustained expansion of Dutch participation at HANNOVER MESSE: “Experience indicates that a large percentage of new exhibitors who exhibit within the framework of the Partner Country project continue to show their colors at Hannover the following years,” he concluded. 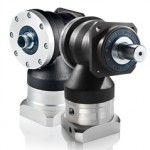 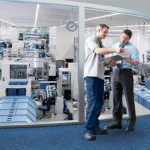