EMO Hannover returns from 16 to 21 September 2013. International producers of manufacturing technology exhibit their metalworking products, solutions and services under the theme “Intelligence in Production” at the world’s leading metalworking trade show.

“With Intelligence in Production, EMO Hannover shows trade professionals from around the globe how they can best meet the manufacturing challenges of today and tomorrow,” said Dr. Wilfried Schäfer, Executive Director from EMO organizer VDW (German Machine Tool Builders’ Association) in Hannover, Germany, at the EMO inaugural press conference on 10 September 2013 in Hannover. “EMO is the world’s showcase. Everyone who has anything to do with machine tools meets here: investment decision-makers from various industries, global market leaders in manufacturing technology, scientists and political officials. International suppliers present their leading innovations to their customers. EMO Hannover has a decisive impact on manufacturing in the coming years,” continued Schäfer.

More than 2,100 exhibitors have registered for the EMO Hannover. They will be occupying over 180,000 m² of net exhibition space. So the result of the previous successful event in 2011 has already been topped. Around 60 per cent of the exhibitors come from outside Germany, from 43 different countries all over the planet. About a fifth of them, more than 440 firms, are travelling from Asia alone. In line with its technology leader status among international machine tool manufacturing locations, however, Europe is the heavyweight of the regions participating, with around 1,600 exhibitors. “For every machine tool manufacturer who wants to do business on the international stage, participation in the EMO Hannover is an absolute must”, says a confident Schäfer. Users of machine tools will also find in Hannover the right production technology and the most knowledgeable people to talk to. This applies both for manufacturers of small series and for firms making mass-produced items.

In 2011, 140,000 trade professionals from more than 100 countries came to view the offer at EMO Hannover. The ratio of visitors from abroad was 36 percent. About two thirds of the visitors came from Europe.

Its size ensures every visitor a comprehensive overview of intelligent manufacturing technology in the fields of cutting and forming machine tools, manufacturing systems, precision tools, measuring technology, automated material flows, CAx technologies, control and drive engineering and accessories. The trade show’s careful organization by key product area also makes it easy for visitors to find their way quickly to what they most want to see.

EMO Hannover’s size and standing as the most important international metalworking event incites exhibitors to display machines in sizes and numbers seen nowhere else. Visitors can see, touch and learn right from the product, what it can do and what advantages it offers. For EMO Hannover 2011, 47,000 metric tons of machines and exhibits were transported to the exhibition center.

EMO Hannover is a firm date on the calendar for customers from across the metalworking value creation chain. They hail in particular from the automotive and aerospace industries, mechanical and plant engineering, electrical engineering, precision engineering and optics, the metal processing industry, medical technology, and much more.

A good two-thirds of trade professionals were in industry at the last edition of EMO, in particular from mechanical and facilities engineering and the automobile industry. These two branches of industry are the largest users of machine tools, accounting for 66 percent of the market. More customers from the international automobile industry came in 2011 in particular, a sector that is investing worldwide in expanded production capacities as well as new models and engine and drive technologies.

EMO also continues to attract new visitors. In 2011, 45 percent of visitors were at EMO in Hannover for the first time. This corresponds to some 63,000 potential new customers for exhibitors.

EMO Hannover is the biggest innovation and investment forum
Production experts come to Hannover with high expectations for EMO, traditionally the world’s most important innovation forum for metalworking. It is a major milestone for exhibitors, as well, for which they prepare intensively to present their latest machines and developments to the entire market. They view EMO Hannover as a unique opportunity, unlike any other event around the globe, to present and position themselves relative to their competition, to an international audience. “Everyone gives their all,” says Schäfer.

Manufacturing companies, whether they produce consumer goods, vehicles, medical devices or energy technology, face similar challenges today around the world. Their own customers expect a broad selection of high quality, low-cost products, manufactured with as little environmental impact as possible, no matter the production location. For machine tool manufacturers, this means more flexibility, better quality, new production concepts that can utilize materials such as titanium and composite materials, and resource-sparing machines. In addition, in many cases the entire machine design including tools, controls, drive components, measuring devices and IT connections is being revised. Optimizing the integration of machines or production systems into the entire production process is a source of progress in these areas.

The large number of investment decision-makers among EMO visitors is a sign of EMO’s intensive use as an investment platform. Three quarters of visitors in 2011 described themselves in the visitor survey as taking part in their companies’ investment decisions. More than two-thirds of European and three-fourths of non-European visitors came to Hannover with concrete investment plans. The exhibitor survey documents that EMO provided sufficient solutions for them. Some even spoke of record machine sales. Contracts worth at least € 4.5 billion were signed at the trade show, and international machine tool orders rose to levels comparable to the previous year in the six months following EMO Hannover, despite the slowing of the world economy.

Machine tools play a key role in intelligent manufacturing
There are plenty of tasks and challenges ahead, no matter what the economic situation. Spreading urbanization and a growing need for better infrastructure, strict mobility requirements, rising raw materials costs, intensifying nutrition demands, demographic change and the need for good medical care are just some of the key areas in play. Industry has an important contribution to make in providing solutions for many of these issues, and machine tools play a key role in industrial production. If the global economy gains ground again, as expected by economists, modern manufacturing technology and Intelligence in Production will be more in demand than ever.

This is why all players and customers in the sector are looking forward to EMO Hannover, which will once again become the metalworking Mecca in September 2013. Wilfried Schäfer, Executive Director of VDW sums it up: “Coming to EMO is a must for machine tool industry customers, because no other event brings together such prestigious international metalworking expertise. And nowhere are as many innovations on display as in Hannover. Producers of machine tools also have to take part in EMO, because no other destination attracts such a large number of decision-makers from around the globe.” 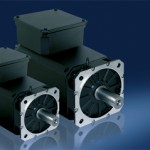 High-power servo motors up to 140 kW from B&R 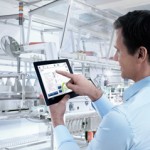