At EMO, the Augsburg-based company will be using a machine tool model to demonstrate the integration of a KR AGILUS-type KUKA robot. This extremely fast and precise small robot loads and unloads the machine tool. Additionally, another robot of the KR QUANTEC series takes care of downstream machining steps. The KR AGILUS is not only appearing in the cell at the KUKA booth – the waterproof variant of the small robot is also making its debut at EMO 2013. With its higher protection classification of IP67, the robot is protected against the ingress of dust and water, thus enabling it to meet the most important criteria for integration with a machine tool.

It is not only robots that greatly simplify automation of machine tools; the software products from KUKA also play a major role. At EMO, KUKA Robotics is demonstrating the close and advantageous interfacing of robots and machine tools. The software tools KUKA.CNC and mxAutomation are opening up new application perspectives for robotics. With these two software packages, KUKA offers suitable tools for the intelligent combination of robot and machine tool operation. KUKA robots talk the language of the user, thus placing the focus on operator control of the overall system.

BLUE COMPETENCE – KUKA IS ON BOARD

KUKA places major emphasis on energy efficiency and sustainability. For this reason, the company is committed to the “Blue Competence” initiative of the VDW (German Machine Tool Builders’ Association). At EMO 2013, KUKA is represented with an exhibit at the Blue Competence booth in Hall 16 (Booth F6).

From planning and integration to operator control, maintenance and adaptation – KUKA offers automation solutions for every customer requirement together with an extensive worldwide network of system partners. 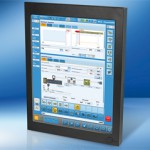 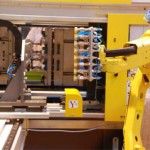