The numbers speak for themselves: currently 1054 exhibitors from more than 20 countries around the world, of whom 932 will participate at the Motek international trade fair for production and assembly automation and 122 at the Bondexpo international trade fair for bonding technology on just under 700,000 square feet of overall exhibition floor space – and thus the Motek/Bondexpo process sequence trade fair duo will present itself with more than just its usual strength!

With its product portfolio which is aligned to actual practice and the entire process sequence, along with associated service offerings and supplementary technical events, Motek 2013 is once again setting standards. No other technical trade fair in the world has anywhere near such comprehensive and synergetic offerings in the fields of assembly and handling technology, robot systems, feed and joining solutions, as well as drive, control and motion technology.

A special trade fair guide will be available for this exhibition segment for the first time this year, which has been researched and compiled by Motek collaboration partner xpertgate. For example, assembly systems fabrication will be arranged according to assembled workpiece groups, which will provide assembly system planners with valuable assistance in planning their trade fair visit with regard to Motek exhibitors with which they may or may not already be familiar. Current worldwide offerings for components, assemblies and subsystems such as drive elements, linear modules, complete grippers and ready-to-connect feed units will be presented as well. Not only because of these unique and comprehensive, worldwide software and hardware offerings is Motek the globally recognised information, communication, procurement and business platform for streamlining with automation.

Motek is rounded out with additional offerings provided by Bondexpo covering information, products, services and communication in the areas of bonding, sealing, encapsulation, foaming and insulation, as well the Microsys technology park which deals primarily with production issues in the field of microsystems and nano-technology, and furnishes roughly 35,000 expert visitors from all over the world with more than just a glimpse beyond one’s own horizons. 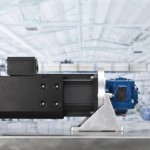