At the SPS IPC Drives trade fair, the Stuttgart-based Lapp Group will be launching a new product in its ÖLFLEX® brand: The ÖLFLEX® HEAT 125 SC single core not only has a broad temperature range, but also meets the most stringent fire protection requirements thanks to its certified high flame retardance and low toxicity in case of fire. Lapp also presents the ÖLFLEX® CHAIN 809 for power chain and torsion applications. Finally, optimizations have been made to the offerings of HITRONIC® fibre optic cables. Versions of all optical cable types suitable for use in power chains are now available.

The ÖLFLEX® HEAT 125 SC is particularly suitable for use at very high ambient temperatures and where there are elevated fire protection requirements. The cable’s temperature range is from -55°C to +125°C for fixed installation, and it can even withstand temperatures of up to +145°C for brief periods. In case of fire, the single core guarantees safety in areas with a lot of people, by minimizing flame propagation, density of smoke gases and their toxicity. These properties contribute to reducing fire damage to buildings and equipment caused by formation of toxic acids.

Typical applications for the ÖLFLEX® HEAT 125 SC include cabling and connection of lighting, heating equipment, switching systems and distributors in machinery, plant and equipment engineering. The tested and VDE certified cables can thus be used in various sectors, including generator and transformer construction, electric motor production, power and air conditioning technology, and plastics processing. The ÖLFLEX® HEAT 125 SC is also certified for maritime use by Germanic Lloyd.

To achieve the single core’s high temperature resistance and exceptional fire protection properties, the Lapp Group uses state of the art production methods, allied to high-tech compounds and expertise gained from many years of experience in cable production. The key elements are detailed know-how of halogen-free plastics, in-house testing and laboratory equipment, and the sophisticated process of electron beam cross-linking. This involves “firing” electrons at the cable insulation which causes the cross-linking of chemical compounds. Resulting advantages include improved mechanical properties and increase of thermal stability and flame resistance.

Another newcomer at the Lapp stand will be the ÖLFLEX CHAIN 809 SC. In addition to the well-established single core power chain cable ÖLFLEX® FD 90, Lapp now presents the equivalent for light and ordinary duty in power chain applications. The new single core cable is also suitable for torsion loads, which typically occur in wind turbine generators. Due to AWM approval and very small minimum bending radius of 4xD in fixed installation, export oriented machine builders can also use this cable for internal wiring of control cabinets. First dimensions of the ÖLFLEX CHAIN 809 SC will be available by the end of November 2013.

The Lapp Group has also extended and refined its range of fibre optic cable technology. With a well-rounded and constantly available standard range, Lapp is an established system supplier, not just in the control cable segment but for all optical cables too. Lapp’s HITRONIC® brand now comprises cables suitable for use in power chains, with POF and PCF cores as well as glass fibres (single mode and multi mode).

The accessory package for HITRONIC® fibre optic cables has also been expanded. From now on, glass fibre connecting cables cables (Singlemode, Multimode OM 4 to OM 1) in standard lengths of up to ten metres with different connector types, will be available for immediate delivery. The pigtail sets required for installation are also included. By optimising its fibre optical cable range, the Lapp Group now supplies all products from a single source.

Interested readers can find out more in person: on the Lapp Stand at SPS IPC Drives – Hall 6, Stand 459. The Lapp Group will also be one of the exhibitors on the joint AS-International stand, Hall 6, Stand 324. AS-International is the global user organisation for AS-Interface. It develops international markets for bus-capable interfaces for binary sensors and actuators. 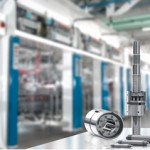 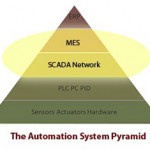 M5 connector from sensors and metrology to cobots and drones

Protection against electric shock according to IEC 60601-1