International Robot Exhibition 2013 (iREX 2013), which is held every other year and it marks its 20th anniversary this time, is to be held for four days from November 6 (Wed.) through November 9 (Sat.), 2013 at Tokyo Big Sight.

The theme of iREX 2013 is «RT – Making a Future with Robots», symbolizing the hope that robot technology will advance in leaps & bounds and play a major role in our future, the same as the last time. The latest robots and related technology ranging from industrial robots to service robots from Japan and many other countries will be shown in the exhibition. The exhibition scale is largest ever with 1,264 booths from 283 companies and organizations in Japan and overseas.

IROS 2013 (International Conference on Intelligent Robots and Systems), which is a world-renowned robot conference, will be held concurrently in the same venue this year. As many experts in robotics from Japan and other countries will gather, lively technical interaction and discussions are expected during the exhibition period.

Furthermore, various related events such as seminars and workshops have been planned. «Robot summit», which has been held continuously in the past three exhibitions starting from iREX 2007, is to be held on November 6, the first day of the show. Dr. Chia P. Day, Senior Vice President of Foxconn Technology Group that is the biggest robot user and also manufactures robots for in-house use, will participate in the Robot Summit as a panelist this time.

iREX 2013 is the exhibition befitting the 20th anniversary in its scale and contents. 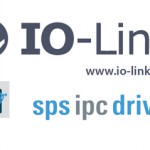 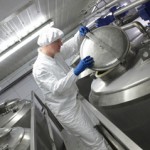