This year’s SPS IPC Drives in Nuremberg, Germany, holds a very personal  milestone for the EtherCAT Technology Group (ETG): Exactly 10 years ago the  organization began its activities at the 2003 trade show with 33 official founding  members. Almost in perfect timing with this anniversary, the ETG recently  reached yet another milestone: the Chinese machine manufacturer Sany Heavy  Industry Co., Ltd. has become the 2,500th ETG member.

After EtherCAT as a technology already celebrated its 10th anniversary at this year’s Hannover  Fair, it is now the EtherCAT Technology Group’s turn. Since its foundation in November 2003,  the organization stands for the approach that everyone should be able to use and implement  EtherCAT. The success of this vision speaks for itself: Almost in perfect timing with the 10th  anniversary of the organization, the ETG has reached another significant membership milestone.

During a ceremony held at the Industrial Automation Show 2013 in Shanghai, representatives of  the ETG honored the Chinese company, Sany Heavy Industry Co., Ltd. as member number  2,500. Sany is one of the big manufacturers of mobile machines, an area in which EtherCAT  technology has gained traction during the past year.

Looking to the future of the organization, the EtherCAT Technology Group team plans to continue opening up new regional and vertical markets. Martin Rostan, Executive Director of  the EtherCAT Technology Group, explains: “The remarkable success of the past 10 years  shows that we were right with our strategy and could even convince entire industries to  standardize on EtherCAT. The semiconductor manufacturing industry, for example, made its  decision in favor of EtherCAT as a system bus for a new generation of silicon wafers. On a  regional level we also achieved some significant results: In Japan, for example, EtherCAT is the  only fieldbus technology that is not from Japan but has become a de facto standard there.”

From the technical point of view the ETG will continue to expand with further device profiles  which lead to manufacturer-independent interfaces. 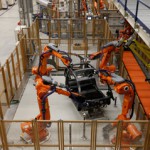 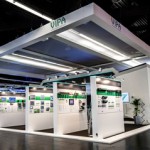