At this year’s SPS IPC Drives, Mitsubishi Electric provided visitors with a look into the future of its automation solutions. For the first time in Europe, the successors to the internationally popular compact MELSEC FX PLC series and the latest generation modular MELSEC iQ Platform were on show, alongside the new GOT2000 series touch screen HMI and the new FR-A800 high-end frequency inverter range.

All these products were physically presented to a busy audience by the latest generation MELFA robot RV-F, and also included in a stunning 3D HD movie which visitors could watch on the stand. Other highlights included a super-sized iQ-R and FX PLC that visitors could physically walk through, a MELFA robot with a vision system that allowed visitors to choose a wine glass, point to a fill level and let the robot perfectly pour a fresh glass of wine, plus a sushi bar run by Nuremburg’s most prestigious sushi restaurant.

The new compact MELSEC FX5 series, the next generation of the MELSEC FX range with more than 13,000,000 units sold was received very well by the large crowds that attended the show, despite the early snow outside. The new FX is designed to increase system performance and plant productivity, thereby significantly reducing total operating costs as well as energy consumption, something that is being welcomed by industry.

Mitsubishi Electric also showcased the new modular automation MELSEC iQ-R control concept, the result of the further development of the successful MELSEC iQ Platform. The modular PLC created a high level of interest thanks to its potential to reduce energy usage as well as development costs and include comprehensive safety functions onboard.

For more information on the other future products included on the stand such as the powerful FR-A800 and FR-A770 high-end frequency inverters and the next generation of the HMI GOT series, contact Mitsubishi Electric Europe directly. 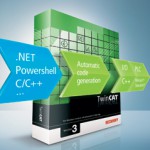 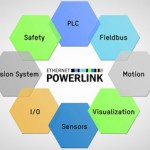 POWERLINK at the SPS IPC Drives 2013