Due to a stellar outcome at the 2013 show, SPS – Industrial Automation Fair Guangzhou officially confirms its 2014 edition. The fair will once again be held at the China Import and Export Fair Complex in Guangzhou from 3 – 5 March, where leading domestic and overseas suppliers will showcase the latest advancements in automation technology. At the 2013 edition, 448 exhibitors from 15 countries and regions participated. With the increasing demand for automation technology, especially in China’s manufacturing sector, the 2014 fair is expecting to achieve an even higher figure in exhibitor recruitment.

Commenting on the Guangzhou fair’s goals in 2014, Mr Louis Leung, Deputy General Manager at Messe Frankfurt Co Ltd shared: “We reached some great heights for our niche sector in 2013, and I believe we will continue this momentum into 2014. For the next edition, we expect to attract over 500 exhibitors from around the world, and utilise 35,000 sqm of exhibition space. As automation technology continues to play a central role in Southern China’s development, we also expect visitor figures to reach more than 30,000. While this number will be made up primarily of domestic visitors, a high number of international buyers are expected to come to source control systems, software, drive systems and sensors from increasingly sophisticated Chinese suppliers. The 2014 fair will reconfirm why it is the leading annual industry platform for the region.”

With only one and a half months into exhibitor recruitment, the show has already lined up several influential brands for 2014. Approximately 75% of booth space has already been reserved by top firms such as Autonics, Beckhoff, Contrinex, Higen Motor, Kacon, Mecano, Sanyo Denki and Ushio.

Three halls will be dedicated to the 2014 show as well as two returning themed pavilions. Located in Hall 3.2 will be the pavilion for Robotics and Machine Vision, headlined by the brands Cognex and Daheng Image. Hall 1.2 will contain the pavilion on Sensors and Measurement technology, promoted by industry leaders such as Autonics, Contrinex, Lanbao, Hanyoung Nux, Sick and the AMA Association on Sensor Technology.

Fringe programmes have played a significant role in the development of SPS – Industrial Automation Fair Guangzhou. Each year, the show’s organisers gather some of the sectors’ leading players from business, government and academia to share their views on current industry developments and future trends. The 2014 edition plans to once again bring together a number of influential speakers from China and abroad to report on their latest findings. While the full programme line up is still under development, attendees to the 2014 show can expect to find these events:

– AMA Sensor Seminar: A long-term staple of the automation fair, the AMA Association for Sensor Technology will once again hold this engaging seminar with a mix of Chinese and European sensor suppliers, looking to expand into overseas markets

– Micro Automation Conference – Designed for the SME market, this new conference will introduce microcontrollers and related technologies to manufacturers. Manufacturing firms, particularly across Guangdong province, China’s production hub, have begun embracing automation technology as they reach for higher efficiency and greater quality in their operations. Through the participation of several leading micro technology brands, including Siemens, the conference intends to aid manufacturers looking to improve production techniques, discover the benefits of micro automation technology, shorten production cycles, customise their control systems and much more.

In addition, a new seminar is currently in development for the 2014 show, focused on the concept of integrating automation technology with industrial safety practices. The seminar aims to provide insight on the increasing use of PLC technology and industrial communication in safety equipment. 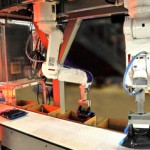 Solutions for the Food Industry in AUTOMATICA 2014 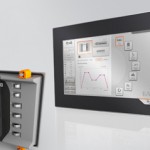