AUTOMATICA 2014: Innovations from the fields of medicine, pharmaceuticals, laboratory automation

Process automation in the medical and pharmaceutical industry, laboratory research and biotechnology obeys its own rules. At AUTOMATICA 2014 in Munich from June 3 – 6, exhibitors from around the world will be showcasing pioneering products and systems that satisfy these sectors’ stringent requirements.

Life Science applications are among the highly interesting growth markets for automation technology. But: industry-specific certifications and sophisticated clean room requirements need to be met. Even if the certification requirements for a gray, white or even a sterile environment are in place, suppliers see themselves confronted with further challenges. Many medical and pharmaceutical industry applications require annual production of up to 100 million units and can only be automated with rapid-cycle, high tech solutions where conventional plant technology is bumping up against its limits.

“The automation of Life Science applications ranks among the most demanding disciplines. These sectors require high tech. At AUTOMATICA, trade visitors can gain a comprehensive idea of what automation is capable of in biotechnology, pharmaceuticals and medicine”, said Patrick Schwarzkopf, CEO VDMA Robotics + Automation (German Association of Machine Tools and Plant Engineering).
Indeed, ever more system builders and robot manufacturers are discovering these sectors for themselves. After all, around 200 AUTOMATICA exhibitors profess to being active in the Life Science arena. And their exhibits score thanks to consistent ongoing development with peak performance.

Example sortimat: the manufacturer from Winnenden (Germany), already building assembly facilities for disposable syringes back in the late Sixties, has since consistently focused on applications in the medical, pharmaceutical and cosmetics industries. Virtually all the manufacturer’s assembly and feed systems are clean room-capable. Preferred material: stainless steel or anti-static plastic.
Assembly facilities operating at more than 150 cycles per minute
“Nowadays we cover a wide range of possible applications in the Life Science arena with various product lines. ATS SuperTrakTM is a revolutionary pallet transport system based on linear motor technology. The result when combined with our cam-controlled stations is the unique ATS OmniTrakTM platform, which is especially well suited to applications with widely varying process times. Large production runs of market-ready products with similar process times lend themselves to our rotary indexing tables with a performance of up to 150 cycles per minute”, said Hans-Dieter Baumtrog, CEO at sortimat Technology.

AUTOMATICA 2014 offers an outstanding opportunity to put the pros and cons of leading suppliers’ different system concepts under the microscope. Linear transfer systems are fundamentally flexible when it comes to combining and exchanging certain modules. Anyone needing to change set-up frequently should pay attention to how quickly and easily modules can be swapped out. These systems’ outstanding flexibility has to be weighed against the somewhat slower cycle times. Compared with rotary indexing tables, capable of more than 150 cycles per minute, the comparable figure for linear systems is usually significantly less than 100 cycles per minute.

Robots for sterile processes
Robotics are every bit as deserving of superlatives such as these. Robots are becoming increasingly established in laboratory automation, in medical research and dosage, as well as in other standard applications while at the time time conquering ever more new fields. The best example is robot automation in hydrogen peroxide environments, long considered to be impossible. Stäubli Robotics made the breakthrough with its Stericlean robots. The specially protected six-axis machines comply with clean room class ISO 2 and can operate reliably under aseptic laboratory conditions. This revolutionary development paved the way for automating sterile processes.

Back at AUTOMATICA 2012 Epson Robotics showcased the C3 VHP/IP67, also capable of operating in sterile environments. Nevertheless Volker Spanier, Head of Factory Automation at Epson Deutschland GmbH, sees the use of robots under aseptic conditions still as a definite niche market: “At Epson, the Life Science arena in recent years has enjoyed disproportionately strong growth. However, most applications, many of them in secondary packaging, can be performed by “normal” standard or clean room robots. But automation in aseptic environments could soon play a more prominent role.” 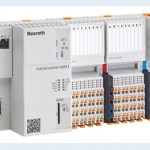 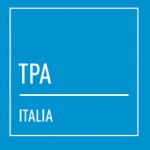