POWERLINK well-rooted and growing in China

More than 20 Chinese automation suppliers from Ethernet POWERLINK Association China (EPAC) participated in the Industrial Automation Show (IAS 2013) in Shanghai. The large crowds gathered around the POWERLINK booth bore testament to both the charm of open source and the level of trust POWERLINK has garnered in the Chinese market. By now, more than 100 Chinese product manufacturers have implemented POWERLINK in their products.

«The successful establishment of local technical support for POWERLINK has been a key step to providing developers with the easiest possible implementation,» explains POWERLINK promotion manager Wang Jinqiu. «This is yet another way that POWERLINK is proving to be the leader in real-time communication in China.»

Servo drives from STEP were also presented in a series of robotics applications. Like Han’s Laser, they showed that China’s domestic servo systems are a new force to be reckoned with. With POWERLINK, they quickly increase system performance and provide a solid foundation for OEMs seeking an edge on China’s booming robotics market.

POWERLINK redundancy has gained recognition from manufactures such as CSR and NARI in the rail, power and DCS industries, where highly reliable systems are essential. They value POWERLINK’s high data transfer rates, multiple redundancy solutions and flexible, rapid implementation. Above all, however, these state-owned enterprises – who must maintain independent intellectual property rights – welcome POWERLINK’s commitment to open source technology. With POWERLINK, they get state-of-the-art performance along with complete independence.

In addition, manufacturers such as Hanru, TED SHANGHAI, KW, Infoteam, ALTERA and Avnet have laid the foundation for the promotion of POWERLINK in China. They are helping their customers achieve rapid implementation at low cost by providing direct development support – including protocol stack transplantation and interface design of circuits as well as software and consistency testing. 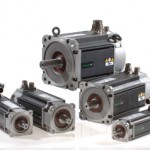 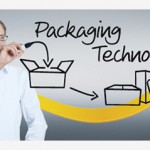 Pilz at Interpack components for processing and packaging