Next year the wind industry will come together at HANNOVER MESSE where, since 2009, Deutsche Messe has been organizing “Wind” – the leading wind energy trade fair. Embedded in the larger event, Wind enjoys strong synergies with the concurrent Motion, Drive & Automation (MDA) – the world’s biggest trade fair in its field – as well as the industrial automation and industrial subcontracting sectors. “The business and public policy setting at HANNOVER MESSE provides the wind energy sector with an ideal platform to discuss the latest challenges regarding renewable forms of energy on an international stage. Both technological innovations and system integration play a major part here,” remarks Marc Siemering, Senior Vice President at Deutsche Messe. Market leaders who have already announced their appearance at HANNOVER MESSE 2015 include Enercon, Nordex and Siemens as well as the gear and bearings manufacturers ZF Friedrichshafen and Schaeffler.

Felix Losada, Vice Director of the Corporate Communications Dept. at Nordex SE, sizes up the event in the following words: “We are routinely represented at HANNOVER MESSE and particularly enjoy the showcase provided by the biennial ‘Wind’ trade fair. For us HANNOVER MESSE is German industry’s window to the world market – something Nordex does not want to miss out on. So we naturally plan to be back for the upcoming event.”

The gear and bearings manufacturers in the MDA halls are also upbeat about the international response to the Wind trade fair: “In 2014 we are anticipating growth in the global wind energy market of some 30 percent – this large increase is naturally relativized by an extremely weak market in 2013. But the midrange and long-term prospects also appear strong. New markets in which wind energy is going to make inroads are already starting to sprout up, including in the offshore area – first in Europe and later in China. Right up to 2020 I believe that wind power installations with an output of more than 60 GW per year will continue to grow. ZF is well prepared for this, and we will be demonstrating this at our stand at HANNOVER MESSE 2015,” comments Wilhelm Rehm, member of the executive board at ZF Friedrichshafen AG.

Non-commercial sponsors of the Wind trade fair include the Power Systems Association within the German Engineering Federation (VDMA) and the German Wind Energy Association (BWE). In the opinion of BWE President Hermann Albers, HANNOVER MESSE represents “the right forum for the wind power industry to demonstrate its dynamism and significance for the energy transition, given the event’s key role in terms of business and the public policy debate. For leading manufacturers to be able to secure their position – above all, manufacturers from Denmark, Germany and Spain – Europe needs to develop a clear strategy that can guarantee sustained investment in innovations and new markets.”

Gerd Krieger, deputy executive board member at VDMA Power Systems, also emphasizes the crucial role played by the Wind trade fair at HANNOVER MESSE: “Here the wind power industry will underscore its key role in the energy mix and above all for the transition to renewable forms of energy. A key theme in this regard involves future decisions to be made by German policymakers in terms of the energy transition and what a future Power Market Design 2.0 is going to look like, thus creating a reliable framework for investors. HANNOVER MESSE represents an ideal political platform to discuss all of these factors with the various stakeholders.”

The Wind trade fair will also offer an additional bonus in the form of the official Partner Country at HANNOVER MESSE: India, a nation with extremely high potential in the energy field. Wind power capacities in India are expected to grow to 100 GW by 2022. To reach this target the country’s power networks will need to be reinforced and the approval process expedited. And India is not merely interested in onshore turbines, but is also looking to greatly increase the number of offshore installations along its 7,500 km coastline. 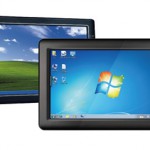 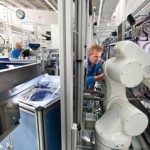 This is where Simatic produces Simatic