At this year’s Motek trade fair, Mitsubishi Electric demonstrated a new handling application with pressure control directly controlled by servo amplifiers. The demo application showcased a number of innovative features developed by Mitsubishi Electric, including third-party motor control, high-precision direct-drive motors which interacted with robots and third-party motors, PLC CPUs, motion CPUs and robot CPUs integrated on one single rack of the iQ Platform, backwards compatibility as well as the integration and visualisation of the whole system on a GOT2000 series operating panel.

In the compact handling application, workpieces made of different materials are moved by robots, servo motors and linear motors. As a first step, the material identification of the workpiece is made automatically. In order to do that, the part is placed in a tray on a normal pressure sensor which sends signals directly to the servo amplifiers. A servo motor drives a pressure control axle that presses on the workpiece. In this application, the servo motor is controlled by means of pressure instead of by position, torque or speed as is usually the case. The specific rigidity of the material in each case enables the workpiece to be determined from the pressure.

All the data determined during this process such as pressure, speed, position or even type of material are displayed on the Mitsubishi Electric GOT2000 operating panel. The pressure control system uses an MR-J3-B servo amplifier that is controlled via the SSCNET III network. New generation MR-J4-B amplifiers are also connected to the same network. Oliver Giertz, European Product Manager Servo/Motion Systems and Robots at Mitsubishi Electric’s Factory Automation European Business Group , explains: «By using the two servo amplifiers, our intention is to demonstrate that all our components are backwards compatible and can easily be used in combination with each other based on the ‘plug and play’ principle».

The 2-axis handling system driven by a Weiss HP70 linear motor transports the workpiece to a rotary indexing table. «Mitsubishi Electric offers a wide range of servo motors. Using our control systems and servo controllers, we are also able to integrate third party motors such as the Weiss linear drive, for example», explains Oliver Giertz. The rotary indexing table is driven by a direct-drive motor that achieves high torques while maintaining a high level of precision and without mechanical losses. Once the workpiece is in position, it is picked up by the RV-4FL vertical articulated arm robot and placed in a box that has been made ready. The whole system is protected by the WS controller that meets all the common safety standards.

The Mitsubishi Electric iQ Platform, a single rack with integrated PLC, motion and robot CPUs, allows their communication in real time, which is an important part of the solution. «We provide a platform for all processes. This brings numerous benefits including savings on programming costs, space and energy», adds Oliver Giertz.

Possible uses for this type of handling system include applications within the semiconductor or automotive industries, assembly tasks or X-Y positioning stages as well as in packaging, textile and printing machinery, for example. 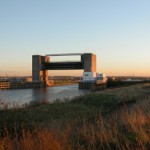 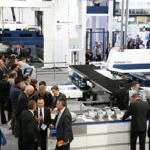