Global sales of plastics and rubber machinery will increase by an average of three per cent a year in the period from 2014 to 2016 according to a trend report commissioned for the first time by the VDMA Plastics and Rubber Machinery Association.

A forecast was also made for the first time for manufacturers in the EU. As the year draws to a close, it predicts that sales will be two per cent down in 2014 but, starting from that lower base, envisages growth, also of two per cent, for 2015.

Back in October, the industry’s sales in Germany were forecast to show a slight decline of one per cent in the current year. For 2015 manufacturers are expecting growth of four per cent.

The European manufacturing countries and China account for almost three quarters of global production. The main sales markets are China and the US, which together take nearly a quarter of world deliveries of plastics and rubber machinery. If the EU is included, that takes the figure to 47 per cent of world exports.

The outlook for 2015 is for a positive trend in sales to China and the US and a further recovery of European markets. 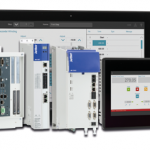 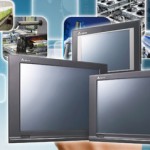