An innovative, fast 3D bin picking and a flexible, easy-to-use feeding system are at the center of the DENSO Robotics stand at this year’s MOTEK. The world’s leading manufacturer for compact industrial robots will present both systems on the Stuttgart (Germany) fair trade grounds October 5 to 8 (hall 7, booth 7001).

This innovative system includes a DENSO robot of the new VS series, a CANON camera and a PC. The system performance is so powerful that it sets the stage for a new phase in reliable and fast 3D bin picking by compact robots: Contrary to conventional pick & place applications, with this application, the components can be delivered unsorted in a box. A highly developed image processing, working together with the robot control, can now identify, select and pick up the pieces correctly. Depending on the camera model, the time for identification is between 1.8 and 2.5 seconds. The accuracy of the image processing is also remarkable – the margin of error is below 0.1 and 0.15 millimeters, respectively (again, depending on the camera model used). The system can even handle smaller parts (1×1 cm) as visitors at the DENSO Robotics booth can see for themselves.

With this application, the process of identifying and picking parts is much faster than those using many other compact robots. The image processing is performed by an external PC because the processing performance requirements are quite challenging. The bin picking application is controlled by a special software. „The data exchange between robot and camera is Ethernet-based, the robot is using DENSO’s own programming language PacScript“, says Stephan Steneberg at DENSO Robotics Software Engineering. “With this system, a fast and market-ready 3D bin picking is not far away anymore.“

The EYEFEEDER® feeding system is another focus at the DENSO Robotics stand. In this system, the components are being delivered by a bulk material transporter. As soon as the products are put on the EYEFEEDER® conveyor, they are moved towards the vision-system’s recognition area. The vision system then decides the steps to follow: if the products are well positioned and ready for collection, it transmits the coordinates to the robot’s controller, so that the robot – this can be different 4- or 6-axis robots – can pick up the product. If the number of products is sufficient but they are out of place, the camera system will inform that products have to be tossed or turned in order for the robot to collect them. If there are not enough products remaining, the camera system reports that new products have to be shifted into the vision system’s recognition area.

Altogether, in this configuration, the EYEFEEDER® is able to move parts of up to 250 mm and a maximum weight of up to 300 g. External devices are not longer needed; the system is controlled by DENSO’s own programming language PacScript. Thanks to different, existing interfaces, customers can also use other camera systems. “The EYEFEEDER® offers the highest level of flexibility, easy handling and therefore a low entry level for customers“, says Stephan Steneberg. The conveyor’s speed and joggling intensity are determined by the RC8 controller connected to the EYEFEEDER® via Ethernet to the ORiN network.

In addition, the EYFEEDER® can be connected with a software, „Easy Vision Picking“ (EVP) (not to be presented at the fair trade stand). For the first time at DENSO Robotics, the image processing and position calculation of the robot take place directly in the robot controller itself and not in a PC or an expensive smart camera. Thanks to the easy handling of the EYFEEDER®, everybody with a basic knowledge in image-based applications, can operate it after a brief introduction. Setting up the system has been made easier than ever before thanks to the new wizard-based camera calibration and the step-by-step guidance process

The EVP is also highly flexible and compatible with various feeding systems such as, for example, Conveyor Tracking, EYEFEEDER®, AnyFeeder; it can also be used for general component detection, of course. 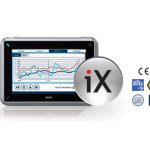 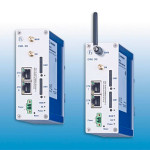