The Motek international trade fair for production and assembly automation and the Bondexpo international trade fair for bonding technologies were held in Stuttgart from the 5th through the 8th of October, 2015. The new hall layout was used for the first time which, by leaving out mega hall 1, permitted a block-shaped arrangement of Motek and Bondexpo in the two rows of halls, namely 3, 5, 7 and 9 as well as 4, 6 and 8. The gamble paid off and provided all involved parties, namely the exhibitors as well as the expert visitors, with considerable added value. With 908 exhibitors from 25 countries at Motek plus 112 exhibitors from 9 countries at Bondexpo, the trade fair duo not only broke the 1000 mark once again, occupied floor space grew significantly as well to a total of 732,000 square feet (678,000 + 54,000) because many of the returning exhibitors had larger booths.

In addition to the new hall layout, trade fair promoters P. E. Schall GmbH & Co. KG expanded their marketing measures in both printed and online media, and provided additional support to the exhibitors for their visitor canvassing campaigns. Furthermore, the range of target groups was extended thanks to optimisation of Motek’s nomenclature and a stronger focus on process and system solutions expertise in production and assembly automation which, in the final analysis, resulted in the impressive figure of 38,568 expert visitors. This corresponds to an increase of roughly 8%, which is being assessed as a small sensation. The expert visitors came from 99 countries around the globe, for which reason Motek has earned its reputation as a “leading international trade fair for production and assembly automation”.

The experts agree: the best Motek ever!

Many of the exhibitors agree that this has been the best Motek ever to date, and expressed their satisfaction as follows: “Large numbers of expert visitors, and above all new ones! Lots of high quality business contacts! Perceptibly increased number of visitors and visibly more internationalism than ever before! We’ve been exhibiting here for a long time and have always been satisfied, but this was the best Motek ever for us! Quantity and quality were just right – for us the trade fair was a great success of unexpected magnitude!” The above mentioned marketing measures played a part in this success, as did optimised distribution of visitors to both rows of halls – especially in light of the fact that continuous visitor distribution also provides the exhibitors with additional options for adequate customer support, whereas the sudden appearance of large groups had to be dealt with in the past, which frequently overburdened booth personnel.

Longstanding project manager Rainer Bachert concerning the successful premiere of the new layout: “The concept for the new hall arrangement involving block-like distribution to the even and odd-numbered halls has been received very well and has proven its worth. Many of the exhibitors were sceptical at first, but at the end of the event they confirmed that they had significantly more visitors and that visitor flow persisted all day long, or even increased constantly. If we use the previous record numbers from Motek and Bondexpo 2011 as a benchmark, we can affirm – in combination with the exhibitor statements – that the event in 2015 has been the best Motek ever!”

Record-Breaking As Well: the Exhibitor Forum

This is also made apparent by record-breaking numbers for the accompanying exhibitor forum, for which 1241 participants registered. The selection and restructuring of the topics, for example the “Robotics Conference”, attracted more expert visitors than ever. Time spent in the forum area was greatly increased as well, because many participants weren’t just interested in isolated presentations, but rather attended entire presentation series. The concept of process-oriented presentation of components, modules and subsystems, right on up to ready-to-operate complete solutions, together with the supplementary programme, convinced the exhibitors and above all the expert visitors from all over the world more than ever, and led to very good results for all involved parties.

This tremendous success of course represents both a duty and an incentive for event promoters P. E. Schall GmbH & Co. KG, for which reason new features and qualitative optimisations can also be expected at the next Motek-Bondexpo trade fair duo in 2016 (10 to 13 October)! 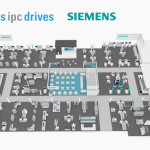 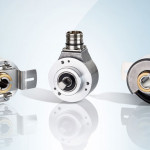