We all know that one of the biggest challenges to connecting legacy or remote equipment to the network is the cost of running wires. If you have an indoor application, you have to run conduit and wires to the devices you want to monitor or measure. In most cases it is just too painful and expensive. Outdoors, there are trenches to dig, cables to bury underground and the permits…don´t forget about the time it takes for permitting. What if the equipment you need to connect to is across a major street or parking lot? That would mean more costs and permits to tear up city streets. Many times it just isn´t feasible to run conduit between items like water pumps, generators or chillers and your control room.  But, how are you supposed to get to the data in this equipment?For more information, visit psft.com/BEL

There is the traditional method of installing a wireless Distributed I/O system using Ethernet radios. Depending on the application, this would work just fine. However, it can be a daunting process that involves costly downtime. And we all know that downtime doesn´t pay the bills.

With a Wireless I/O system from ProSoft Technology, the cost, hassle and expensive downtime of installing wire goes away

What is the difference between Wireless I/O and Traditional Distributed I/O with an Ethernet Radio?

Wireless I/O, sometimes referred to as a Wireless Terminal Block, is a simplified form of wireless communication designed to make reliable, secure connections between two locations. Unlike data radios, the Wireless I/O system requires no software to program or network protocol to configure. The Wireless I/O radios are sold in pairs, already programmed to connect to one another. The I/O signal sent between the radios is encrypted with 128-bit AES encryption to make sure only the paired radio on the other end can read the information. The individual I/O modules read the physical signals from the machine – 24VDC digital signals, 0-10V or 4-20mA analog signals – and send that information to a corresponding I/O module at the other end. The corresponding module simply reproduces the signal on its output terminals. The digital I/O module has 4 digital inputs and 4 digital outputs, while the analog modules each have two inputs and two outputs. The system is bi-directional, so each radio can send inputs to and receive outputs from the other. Each radio pair can support 16 I/O module pairs, for 64 digital inputs and outputs or 32 analog inputs and outputs.

Because the system only needs to handle a small amount of data, the wireless I/O radios use a technique called »frequency hopping spread spectrum» modulation. This method is ideal for reducing potential interference from other radio signals in the area and provides very reliable transmission of the I/O signals. The radios are available in either 2.4 GHz or 900 MHz versions. By default, the system transmits the status of its I/O once per second. A »Turbo Mode» option boosts the update rate to as fast as 10 times per second.

Let´s consider an application with a storm water retention system including pumps and valves, several hundred meters from the control room. The building maintenance team wants to gather information about the storm water system, such as basin water level, pump status, and outflow rate. Digging a trench from the building to the basin control panel could easily cost USD 10,000, even more if the path requires trenching through parking lots or roadways. If you add the cost of cabling and conduit, the project cost quickly exceeds the benefit of bringing the data into the control system.

With ProSoft Technology´s Wireless I/O, this type of project becomes much easier and much less expensive! Using the pre-paired radios, the building maintenance team can install input and output cards right in the cabinet with the basin control equipment. With the wireless I/O there is no need for the basin control equipment to support network communications, and no need for the installer to program a data communications network to make it work.

So, if you have abandoned the idea of gathering information from hard-to-reach or remote equipment in the past…think again. ProSoft Technology´s Wireless I/O system is an easy and cost-effective way to bring your data back into your control system for analysis and action, and most importantly, an increase in your bottom line. 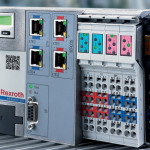 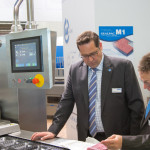