A highlight will be the Sercos® III SoftMaster demo, which was developed in cooperation with Bosch Rexroth, ISG Industrielle Steuerungstechnik and Tenasys.

The SoftMaster demo will show how the highest speed and hard real-time can be achieved using a standard Ethernet controller. High performance and the highest determinism can be achieved due to a controller which supports queues and scheduling, for example the Intel i210. Ring topologies and redundancies are also reliably supported and functional limitations are no longer valid. Sercos cycle times up to 125µs are possible.

Customers will benefit from the free usage and elimination of licensing costs because the Sercos SoftMaster is available as Open Source Software. Another advantage is that special modules are not needed so the controller hardware can be designed extremely compactly and cost-effectively because the SoftMaster runs on any platform.

Some renowned companies are already implementing the first projects on the basis of the Sercos III SoftMaster in cooperation with Bosch Rexroth AG. Among others, a packaging machine manufacturer is so enthusiastic about this technology that the company is planning to convert its entire machine program to the technology in time for Interpack 2017.

Another booth highlight is the conceptual approach that simplifies the integration of machinery in manufacturing. True to the motto «Fewer cables, less complexity, easier machine integration,» Sercos International developed this approach in collaboration with ODVA and the OPC Foundation. A uniform network infrastructure where Sercos telegrams, CIP messages and TCP/IP telegrams run via a single cable allows mechanical engineers and users to reduce costs and complexity involved in machine integration. At the same time, they are able to keep using their preferred product suppliers and automation devices.

In addition, a Hexapod demo, various demo boards and products from a variety of companies which produce Sercos-capable products will be shown.  Among them are new drives and controls from Bosch Rexroth, a Sercos Slave and Ethercat Master in one single device from Cannon-Automata (the new version of S3EC Sercos/Ethercat-Bridge) and more. 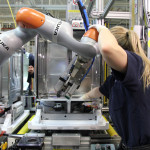 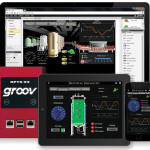