Up to 15 percent lower energy use, a significant reduction in motor maintenance costs and a drop in audible noise are achieved with the installation of an ABB synchronous reluctance motor and drive (SynRM) packages on a twin extruder application.

Radius Systems’ plant in Derbyshire, UK, houses 14 extrusion lines, each of which produces polyethylene pipes from 16 mm to 1200 mm, together with an injection moulding facility making associated fittings for use by utilities companies for gas and water transfer.

Eight lines are powered by DC motors, many of which are over 20 years old. However, Line 12 had a high utilization rate and yet the 182 kW DC motor was regularly failing, leading to an increase in downtime and rising maintenance costs. The company estimates that the annual static and dynamic checks, brush changes and outsourced labor costs alone are about £2,000 per motor.

“Monitoring of the application is critical to the success of any installation,” explains Phil Nightingale, Sales Engineer, IDS. “It allows us to accurately determine the real energy saving potential which means we can size the AC motor and drive correctly. We are often able to reduce the size of the motor and drive package required while exceeding the production targets.”

It was through monitoring that IDS was able to determine the speed range of the line’s DC motor which revealed that it was over-sized for the application and hence consuming more energy than necessary. Also, despite the motor having been regularly maintained, it was 20 years old and nowhere near the efficiency for which it was originally designed.

Energy saving bandwidth
It was estimated that potential energy savings from a SynRM package for Line 12 would be in the range from 8 to 15 percent, with a return on investment within two years. In addition, in excess of £2,000 cost avoidance is estimated with the removal of DC motor maintenance.

“To pick an exact production run that can give an accurate energy measurement is very difficult to quantify, hence the range from 8 to 15 percent,” explains Rob Betts, Engineering Manager at Radius Systems. “The actual energy saving is dependent upon several process variables such as raw material type, different product ranges and profiles, the temperature at the die and the barrel and the general ambient environmental conditions. For instance, energy consumption is higher on a cold day as more energy is needed to warm up the process.”

Advanced technology
The SynRM is a 200 kW, 1500 rpm, IE4 solution and together with the ABB industrial drive, ACS880, it offers a much higher efficiency than standard AC induction motors and drives. It is also a far quieter package than the existing DC motor. “SynRM has given us a reduction in noise in the production hall which is a benefit we had not expected,” says Betts. “While we have not measured the noise levels, everyone has noticed a definite reduction across the plant, which in itself is a motivational measure.”
A challenge was presented by the physical footprint of the existing DC motor. “DC motors tend to be long and thin,” explains Betts, “whereas AC motors tend to be shorter but bigger in diameter.” However, SynRM can be up to two frame sizes smaller than a conventional induction motor which is a benefit in the direct replacements of DC motors.

Challenges of constant torque
While SynRM is well tested on quadratic torque applications, like pumps, fans and compressors, there are fewer constant torque references, such as extruders. Despite the shortage of constant torque references Betts was confident in the solution: “At no time did we feel that we were taking a risk with this new technology. It had been widely tested and we had every faith in the blue-chip ABB brand. As such we did not consider it to be a risk at all. We were able to meticulously plan the changeover of the DC drives to SynRM so that the entire installation and commissioning was carried out in just five days.”

On time, on budget
Betts concludes: “Would we consider a SynRM package again? Most definitely; IE4 and higher efficiencies are the way forward, so provided the price is competitive, the return on investment can be justified and the technology can be delivered to our time frames, then we would have no qualms about using SynRM.

“We have some 300 motors on site, of which about 20 percent are variable-speed. Following the success of this installation and the support that we get from IDS, we have decided to standardize exclusively on ABB drives across the plant. The partner network that ABB has with IDS is very important to us as it gives us local support here on the ground.” 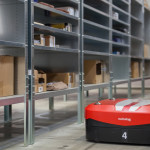 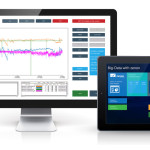