Rethink Robotics will showcase its high performance Sawyer robot at Hannover Messe 2016, providing the international audience an opportunity to see how smart, collaborative robots are changing the game in the global manufacturing marketplace.

Germany is a cornerstone market in Europe for Rethink Robotics’ continued global expansion, as manufacturers continue to deploy Sawyer robots to deliver on the promise of Industrie 4.0. Demand for Sawyer has skyrocketed as manufacturers see the need for smart, collaborative robots that can adapt to real world variability, change applications quickly and perform tasks like people do.

Three Sawyer robots will be on hand for the Hannover Messe debut in Rethink’s booth #D11 in Hall 17. Sawyer, known for its precision, speed and adaptability, will demonstrate a machine tending task using internal signals, a packaging task and an inspection task at the booth. Unlike other robots, Sawyer has compliant motion control, and can feel its way into precise and fragile fixtures, even if part position changes. This feature enables adaptive repeatability, which is a key differentiator for Rethink Robotics, and allows Sawyer to work precisely in many environments alongside humans. 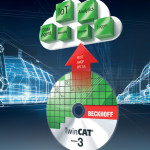 Beckhoff products for IoT and Industrie 4.0 in Hannover Messe 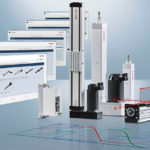 Selection and sizing tool LinSelect from Rexroth at Motek