Intelligent machines that communicate with one another, share information and work autonomously. What sounds like science fiction will be a living, breathing reality for visitors at the upcoming HANNOVER MESSE 2017. «This year’s HANNOVER MESSE offers excitement like never before,» said Deutsche Messe Managing Board member Dr. Jochen Köckler. «The exhibition halls are fully booked, so we will have ample opportunity to experience first-hand what happens when mechanical engineering converges with electrical engineering and IT, when industrial robots meet AI, and when big data sparks totally new business models.

But, despite all its digitalization content, HANNOVER MESSE is, first and foremost, a show about human-centric technology. With innovations like cobots, VR glasses and exoskeletons on display, the show will feature an unprecedented wealth of assistance systems designed to help people as they go about their everyday work.»

From 24 to 28 April, more than 6,500 exhibitors from 70 nations will present technologies for tomorrow’s factories and energy systems in an action-packed industrial technology showcase themed «Integrated Industry – Creating Value» . 60 percent of these exhibitors will come from abroad. The top exhibiting nations (after Germany as the host country) are China Italy, Turkey, India and the USA.

This year’s Partner Country , Poland, will be fielding a lineup of about 150 companies. Köckler: «HANNOVER MESSE is the only trade show in the world that brings together all the various technologies and sectors that are feeding into the digitalization of industry – everything from intelligent subcontracting solutions and automation systems right through to industrial IT. This is HANNOVER MESSE’s unique selling point, and what makes it the world’s No. 1 showcase for Industry 4.0, and hence an absolute magnet for manufacturing and energy-industry decision makers from around the globe.»

Turning conventional factories into smart factories calls for a mix of innovative automation technology, cobots and AI. Collaborative robots (cobots) of the latest generation are very easy to program. What’s more, some models can perform tasks and solve problems autonomously and pass on what they’ve learned to their robot co-workers. Köckler: «These robots can learn from one another, but it’s still humans telling them what to do. In other words, they are universally deployable intelligent tools designed for use by factory workers.»

As time goes on, collaborative robots will become increasingly attuned to and «in sync» with their human co-workers. This year’s HANNOVER MESSE will in fact feature robot systems that are capable of interpreting human behavior. Applied to industrial production contexts, this means that robots will learn to work at the same rate and speak the same language as humans – rather than the other way around – and thus be better able to support them in their work.

Digitalized production processes generate vast quantities of data that hold clues to many things, including, for example, the causes of malfunctions and stoppages. In the not-too-distant future, manufacturing systems will incorporate machine-learning technologies that analyze this data centrally and feed the results back to the production machines in question, thereby enabling them to learn and self-optimize. As such, machine learning is fundamental to predictive maintenance – a highly promising aspect of Industry 4.0 that will feature prominently at the upcoming HANNOVER MESSE.

Some factories already leverage the power of supercomputers for fault diagnostics. Service personnel contact the computer via smartphone and describe the problem. Using photographs, the computer system detects the type of machine in question, analyzes the fault and suggests a fix.

This application scenario has been used to develop an app that will be presented at HANNOVER MESSE and which is available free of charge. With this app, factory owners will soon be able to leverage the power of artificial intelligence for their machinery fleet without having to do any programming or install any additional hardware or software. The entire app logic, including all necessary functions, runs in the Cloud. Using a simple graphical user interface, the user teaches the supercomputer how to use the machine in question by uploading manuals, photos and graphics to the Cloud.

Technologies for the energy transition

Digitalization is also transforming the energy industry. Without digitalization, it will not be possible to make the switch from today’s outmoded centralized power plants to modern, highly efficient energy systems that are based on renewables and distributed generation structures. Under the «Integrated Energy» banner at the upcoming HANNOVER MESSE, the world’s leading technology companies and research institutions will highlight the changes the energy industry will undergo as well as the individual technologies that will play a critical role in this transformation.

«The Kopernikus projects initiated by the Ministry of Education and Research are Germany’s biggest-ever research initiative on the energy transition. The initial findings of these projects will be presented at this year’s HANNOVER MESSE. The primary focus of the projects is on expanding and restructuring our country’s energy grids and on developing solutions for storing surplus energy from renewables by converting it into other energy carriers,» said Köckler.

People will always be absolutely critical to success in industry. Industry 4.0 technologies will help make factory workers’ duties more interesting and varied. Instead of focusing on repetitive manual tasks, factory employees will increasingly be called upon to solve problems, make decisions and innovate. But this will not happen in a vacuum. Manufacturers need to invest in upskilling and education measures to prepare their workforces for Workplace 4.0. In tomorrow’s agile, flexible factories, employees will be experts in the use of virtual reality, augmented reality, smart glasses and tablets. All of these exiting new digital factory tools will feature prominently at HANNOVER MESSE 2017.

But even with the best of Industry 4.0 technology, tablets and smartphones, working in production can still be physically very demanding. This is where the latest exoskeleton technologies can help. Exoskeletons are wearable support and weight-bearing devices that adjust hydraulically to the wearer’s height, build and desired body posture. I

n industry, they help make factory work less physically demanding in various ways, for instance, by reducing the strain of lifting heavy objects. One such exoskeleton, the Chairless Chair by Noonee, has been nominated for the 2017 Hermes Award. «The Hermes Award is one of the world’s most coveted and respected industrial prizes. The fact that one of the five nominee innovations this year is an exoskeleton highlights the central role that employees play in modern industry,» remarked Köckler.

Poland: a strong partner in Europe

Innovation and growth are two key areas in which Poland is set to shine as the official Partner Country at HANNOVER MESSE 2017. This April at the world’s leading trade for industrial technology,

Poland will be stepping out on stage in front of an international audience to make its case as an attractive partner in a large and diverse range of industries. Apart from domestic reindustrialization, the country’s main economic focus is on opening up foreign markets and supporting innovative Polish companies. Around 150 of these companies will feature at this year’s HANNOVER MESSE. Together, they will mount a Partner Country showcase that will center on the themes of energy and IT. HANNOVER MESSE 2017 will be officially opened by German Chancellor Angela Merkel and Polish Prime Minister Beata Szydło.

Köckler: «In light of the current geopolitical situation, Poland’s participation as Partner Country conveys an important message about the strength of the European Community. HANNOVER MESSE turns 70 this year. Now, more than at any other time in its history, it is a platform for free and fair trade – both in Europe and around the world.» 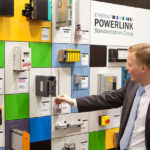 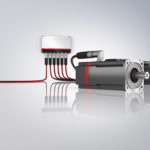