From 20 to 24 April 2020, one of the largest manufacturing economies in Asia takes center stage at the world’s leading tradeshow for industrial technology. Indonesia is by far the largest economy within the Association of Southeast Asian Nations (ASEAN). The archipelagic country aspires to become a global top ten economy by 2030.

Indonesia is working to become Southeast Asia’s biggest digital economy by 2020. The «Making Indonesia 4.0» initiative was developed to revitalize the Indonesian manufacturing sector through the adoption of Industrie 4.0. It focuses on five sectors for the initial implementation: food and beverage, textiles, automotive, chemicals, and electronics. The Indonesian government is currently developing incentives for companies that deploy Industrie 4.0. Besides accelerating the adoption of Industrie 4.0 technology, Indonesia is concentrating on building a digital economy. A strong vocational education program should provide workers with the necessary skills.

«Integrating the ‘Making Indonesia 4.0’ initiative into the national agenda is critical to Indonesia, because manufacturing is the key economic driver and contributes more than 20 percent of GDP – the largest share among all sectors. As Partner Country of HANNOVER MESSE 2020 we will introduce the «Making Indonesia 4.0″ roadmap to the world and seek investments to upgrade manufacturing capabilities and develop a digital infrastructure,» said Airlangga Hartarto, Minister of Industry, Republic of Indonesia, at the ceremony.

«Indonesia is an emerging economic power in Southeast Asia with strength in the manufacturing and energy industries. We are confident that this diverse country will use its opportunities as partner country of HANNOVER MESSE and present itself as a reliable and cooperative investment location,» said Köckler. «We are currently expanding our engagement in Southeast Asia, for example with the new tradeshows Industrial Transformation ASIA-PACIFIC in Singapore and CEBIT ASEAN Thailand in Bangkok. Since 2015, we operate the Indonesia Convention Exhibition in Jakarta.»

Germany and Indonesia have maintained an economic relationship for many years. The total trade value between both countries reached more than six billion US dollars in 2017. German direct investment totaled 289 million US dollars in the same year. At present, more than 250 German multinational companies – including Festo, Robert Bosch, SAP, TÜV NORD, Siemens, MAN, ThyssenKrupp, BASF, Bayer, Daimler, and BMW – do business in Indonesia. German investment projects in Indonesia are concentrated primarily in the metal, machinery, chemical, pharmaceutical, transportation, storage, and communications industries.

Every year, HANNOVER MESSE spotlights a selected country. This partner country not only draws the attention of visitors and the media, but also plays a role at the highest political level. HANNOVER MESSE’s most recent partner countries were Mexico, Poland, the USA, India and the Netherlands. 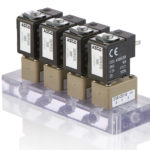 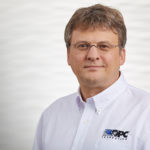