VISION will break existing records again in 2018 and is becoming more internationally relevant – this is proved by the figures at the time of opening of the leading world trade fair for machine vision for the 28th time. This year, for example, 472 exhibitors from 31 countries will present their products and services in Stuttgart. The corresponding figure in 2016 was 440. The proportion of international exhibitors has also now risen by three per cent to 60 per cent. Just like in the past, the most widely represented countries are the USA with 44 exhibitors and the People’s Republic of China with 35 exhibitors. The amount of occupied net exhibition space at VISION is also the highest ever at over 12,000 square metres. The trade fair will occupy the L-Bank Forum (Hall 1), the largest hall at the Stuttgart Trade Fair Centre, including the gallery and the foyer area.

«We are delighted that our target of 450 exhibitors has been surpassed,» said Florian Niethammer, VISION Project Manager. «This result clearly reflects the positive development of the machine vision industry.“ In addition to the trend towards more internationalisation, the large number of new exhibitors (25%) is also an indication of the current dynamism in the machine vision industry. «This fits in with our motto this year, i.e. BE VISIONARY“, said Niethammer. «An appeal through which we want to encourage exhibitors and visitors alike to continue thinking and acting in future in a brave, visionary and revolutionary way.“

Potential through the conquest of new application areas

The VDMA Machine Vision sector group, the promotional supporter of VISION, also regards the development of the machine vision industry as a success story and is expecting stable turnover in 2018. «Despite all the challenges, the mood in the industry is positive and the growth trend will generally continue. Machine vision is well-established in production and is continually conquering new application areas, also outside the factory environment – permanently in use for improved quality, greater reliability and more security. Embedded vision in combination with deep learning will stimulate further growth,» predicted Dr. Klaus-Henning Noffz, President of the VDMA Machine Vision sector group and CEO of Silicon Software GmbH. Turnover in the German machine vision industry has doubled in the last ten years. Between 2013 and 2017, the industry experienced average annual growth of 13 per cent. Last year alone, the growth rate was almost 18 per cent.“

According to the VDMA Machine Vision sector group, the future potential of machine vision lies not only in the worldwide trend towards automation, but also in the capture of new sales markets and application areas outside the factory environment. This development can already be felt. The VDMA Machine Vision sector group stated, for example, that the share of turnover of the German machine vision industry in non-industrial sectors was already 26 per cent in 2017 while turnover itself rose by 16 per cent. The growth drivers are regarded as the segments of security and surveillance, intelligent traffic systems, and medical diagnostic apparatus and operation equipment.

The matchmaking initiative «Business Beyond Borders» (BBB), which is cooperating with VISION for the first time this year, facilitates cross-border networking of companies within the increasingly internationalised industry. Funded by the European Commission, the measure primarily supports small and medium-sized enterprises and clusters in their search for international business partners and in the development of new markets. «VISION is one of ten trade fairs in strategically relevant future industries, in Europe and worldwide, during which the BBB programme supports participating companies in their internationalisation efforts.

Due to the high level of internationalisation of trade fairs in Europe, they represent an efficient springboard, especially for small and medium-sized enterprises,» said Barbara Weizsäcker, General Secretary of EMECA and the European Exhibition Industry Alliance. Thanks to the previous BBB events, 687 companies are currently negotiating, or have already struck, a partnership deal resulting from their matchmaking meetings. 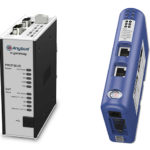 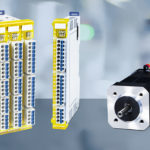 VISION 2021 confirms the strength of the machine vision industry

HD Vision Systems is the VISION Start-up of 2020