With its unique concept, SPS IPC DRIVES 2018 represents the entire range of industrial automation ‒ from a simple sensor to solutions for smart digital automation. The Kistler Group will have sensors and process monitoring systems for industrial production on display at the show in Hall 4A, Booth 526. The Kistler exhibit will focus on joining systems, strain sensors and new components for improved digital system integration.

Kistler will be unveiling an update of the maXYmos processing monitoring system to visitors at SPS IPC DRIVES 2018. With the new maXYmos 1.6 version, users can now configure the system completely offline on their PC. This new capability lowers total operating costs and is available for the maXYmos TL and NC joining systems.

The metrology experts from Switzerland will also be demonstrating electromechanical joining systems, which enable accurate monitoring and control of the forces applied during press-fitting. Kistler’s portfolio ranges from the highly cost-effective NCFE system to the NCFR system for complex applications.

A further highlight at the exhibition booth will be the piezoelectric (PE) strain sensors, designed to protect machines and tools from overload and damage. Thanks to their high natural frequency and sensitivity, Kistler sensors can measure even the smallest changes in the structure and thereby act as an early warning system for critical process deviations in production and assembly.

PE strain sensors, as well as all other piezoelectric sensors from Kistler, can be integrated into the machine control unit directly via the Ethernet using the new digital charge amplifier Type 5074A. This now makes it possible for plant contractors and machinery manufacturers to integrate any piezoelectric sensors they wish directly into their real time-capable Ethernet system and conveniently configure the amplifier settings via the control unit. 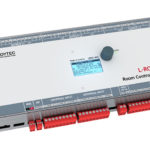 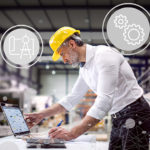