Given the right approach, modular plant engineering has the potential to revolutionize the entire process industry. That’s why we’re shining a spotlight on it at this year’s SPS exhibition in Nuremberg, Germany. From November 26 to 28, we will be presenting pioneering ideas for the modular process industry at Booth 590 in Hall 7.

The market for process industry manufacturers is changing faster than it ever has before. Coping with reductions in product launch times and smaller batches requires a more flexible, efficient approach. As a way for the process industry to overcome the challenges it faces, experts are pinning their hopes on modularization – and the first examples of this technology in practice have shown that there are huge technical and financial opportunities to be harnessed with plug-and-produce plants.

A holy trinity of ultra-modern processes

Many conventional process plants are unable to deal efficiently with the launch of new products or changes in production quantities. With modularization, connectivity, and orchestration, however, they could benefit from a powerful trinity that holds huge potential for the future. Our zenon Software Platform is able to map out the entire process sequence of these three elements and lay the foundation for taking production in the process industry to a whole new level.

With the industry increasingly demanding reductions in the time to market, it is vital that modularization, connectivity, and orchestration are mapped early on in the product lifecycle – which means no later than the process development stage. At this year’s SPS exhibition in Nuremberg, COPA-DATA is joining forces with Merck – the experts in healthcare, life science, and performance materials technology – to present a pioneering approach to meeting these challenges in laboratory applications.

The concept of process plant modularization is based on a plant being made up of multiple autarkic plant modules, with each digitally mapped to a certain process step, an automation component, or the plant as a whole, for instance. The smaller the modules, the more flexible the system can be. This Lego-like principle provides a quick and simple way of rearranging the individual plant blocks again and again to suit whichever requirements apply. From the operator’s perspective, the concept boosts efficiency and cuts down on costs as the majority of the engineering work takes place in the module itself. Finished modules can then be reused as often as is necessary.

An MTP (Module Type Package) provides a standardized description of the process-related aspects of a plant module and acts as the interface between the process technology and automation technology. It is governed by an official standard (VDI/VDE/NAMUR 2658) that does not refer to any particular manufacturer. As soon as the individual MTPs are imported into the higher-level process control system, all the functions automatically become available and are orchestrated from that location.

Using the example of a live project we are undertaking with Merck KGaA, we will be demonstrating how MTPs can be integrated and orchestration used in laboratory applications. “Many smart factory applications only focus on the opportunities available for collecting data. But without references, data doesn’t mean anything to users.

Connectivity and orchestration are vital elements of modularization – and they hold huge potential for the future of the process industry and beyond,” says Jürgen Schrödel, Managing Director of COPA-DATA Germany. “That’s why we’re focusing on the plug-and-produce concept at this year’s SPS exhibition and demonstrating not only what’s in store for the future but also concrete examples of the opportunities available today.” 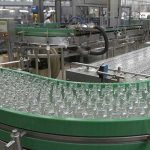 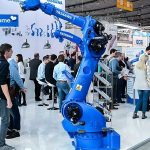 Successful Motek 2019 with Arena of Integration

COPA-DATA has launched zenon 11 with the powerful MTP Suite