Exactly one year ago, at SPS 2018, CloudRail presented the CloudRail.Box for the first time and thus introduced a new generation of automation technology. Instead of a complex configuration, which requires the appropriate specialist knowledge, CloudRail showed a gateway which connects via Plug&Play with IO-Link sensors and masters and sends the data to any cloud platform such as AWS, Azure, Alibaba and many others. The complete configuration takes less than a minute.

At this year’s SPS, the company is now presenting a significantly expanded version. With a new OPC UA Connector, data can be queried from any OPC UA capable device and transferred to the supported clouds. CloudRail again relies on a very simple plug&play approach. «We are still convinced that data for cloud applications should be accessed as far down in the automation pyramid as possible, namely in the IO-Link Master. With the OPC UA extension, however, we are now giving the user more flexibility to query, for example, a batch number from the PLC in parallel to the sensor data,» says Felix Kollmar, CEO of CloudRail.

In addition to OPC UA, the CloudRail.Box will also be capable of edge computing. This means, for example, that data can be pre-processed locally in order to transfer only filtered data points to the cloud. The built-in 4-core processor also allows complex applications to be implemented, e.g. with the aid of machine learning.

CloudRail offers two different options: On the one hand it is possible to create code in JavaScript and execute it in a special environment on the box, independent of the cloud used. This has the advantage that this logic can also be used in multi-cloud environments or with cloud providers without their own edge computing functionality.

The second option is AWS Greengrass, which can only be used with Amazon Web Services, but is perfectly integrated with this cloud. The good news for all existing customers: All new features are available via remote firmware update even on already purchased CloudRail devices. The update will be available shortly after SPS and can be installed with just one click.

As always, CloudRail does not rely on elaborately preconfigured trade fair demonstrators at the SPS, but shows live how easy the system can be put into operation. The CloudRail.Box can be seen at the SPS at CloudRail in hall 8 booth 304, as well as several partners. In addition, the CloudRail solution will be presented at AWS re:Invent in Las Vegas just one week later. 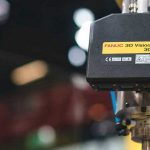 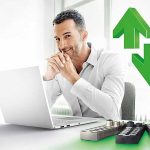