Between 12 and 14 November, BrauBeviale at the Exhibition Centre Nuremberg will once again be the focal point of the international beverage industry. With 1,090 exhibitors, it will be the most important capital goods exhibition for the beverage industry this year. An expected total of more than 40,000 trade visitors will learn about the latest products and solutions in the areas of raw materials, technologies, components, packaging and marketing. Once again this year, the exhibition will have the key theme of “Future viability of the beverage industry”.

The highly international make-up of the exhibitors has been confirmed again this year, with exhibitors travelling to Nuremberg from a total of 45 countries: 502 from Germany and a further 588 international companies, led by Italy, China, the UK, the Czech Republic, Austria and Belgium. Interest is strong among both long-standing participants and newcomers. Eleven German start-ups will seize the opportunity to make themselves known through their product ideas at the funded pavilions for young and innovative companies in Halls 1 and 6.

The exhibitors are arranged around the exhibition park to reflect the entire process chain of beverage manufacture. Even in nine halls, BrauBeviale retains its customary relaxed atmosphere, while the fair itself keeps its familiar compact structure.

The trade visitors attending BrauBeviale come from the technical and commercial management areas of the beverage industry – in other words, from breweries, malthouses, businesses engaged in the manufacture or filling of water, soft drinks, juices and spirits, from wineries and sparkling wine factories, dairies, and from the fields of marketing, retail and catering. For the last event in the series they represented 132 countries, the majority (after Germany) coming from Italy, the Czech Republic, Switzerland, Austria and Russia.

Spotlight on the future viability of the beverage sector

The whole of the current BrauBeviale Triple (2018, 2019 and 2020) has focused on the principal theme of the future viability of equipment and other suppliers, beverage manufacturers and the retail trade. Regardless of the size of their business, they all face huge challenges – involving either specific market questions or aspects relating to the whole of society and the economy. As a platform for the sector, BrauBeviale sees itself as a driver of interaction and innovation on all themes of relevance to the future, in terms of both the products on display and the supporting programme.

Important elements for beverage manufacturers in the future will include professional development and new business areas. Two symposia on these aspects are being held for visitors on the day before the trade fair: the Export Forum German Beverages deals with the various facets of exporting as a strategic business area for German beverage manufacturers. The forum offers specific market analyses and insights, and provides a neutral platform for constructive discussion between export specialists on all aspects of German beverages. And the European MicroBrew Symposium, organized by VLB (Versuchs- und Lehranstalt für Brauerei), the Berlin-based teaching and training institute for brewing, being held for the seventh time, concentrates mainly on technical aspects of craft beer production, and is thus aimed at international craft brewers and brewpub operators.

The open BrauBeviale Forum is located at the heart of the trade fair activities in Hall 1, with a programme ranging from current market aspects to unusual business strategies and Hidden Champions in the beverage market, the digital development of the beverage sector and automation, the climate and its impacts on raw materials, and entrepreneurship, training and professional development. The programme also includes two Hot Topics on Stage, in which leading stakeholders take up a position and seek a dialogue on industry questions of current interest. The topics are “What is the point of the pledge?” and “Mineral water – problem instead of taste?”. Outstanding prize awards like the “German Hops Champion” and the World Beverage Innovation Award will round out the programme.

Also forming part of the Forum is the opening ceremony on the first day of the trade fair, which will include the presentation of the Bavarian Beer Order and the keynote address by Prof. Dr. Markus Hengstschläger, Director of the Institute of Medical Genetics at the Medical University of Vienna, on “The future is coming one way or another: We need to prepare for either”. An internationally acknowledged scientist and best-selling author and the recipient of numerous awards, Professor Hengstschläger will talk about the permanent change that society now faces, and how important it is to make use of our talents in this situation.

Visitors can experience the variety represented by the world of beverages in the Craft Drinks Area in Hall 6, where eight bars will independently hold tasting sessions for specialty beers, non-alcoholic and low-alcohol beers, craft spirits including gin, whisk(e)y, vodka, rum and brandy, mineral and curative waters, and other non-alcoholic speciality drinks. The effect of glass on the sensory experience can also be tested. The smoky “Kaminfeuer” Kellerbier (Cellar Beer), the winner of the second hobby brewer competition run by Maisel&Friends and BrauBeviale, will be the subject of presentations every day between 16:00 and 18:30 h. Almost 10,000 participants visited the Craft Drinks Area last year.

Microbreweries and craft breweries, home and hobby brewers will find a place at the “meeting place of the industry”: in Hall 6, brau@home, together with an area for demonstration brewing and short presentations in the Speakers’ Corner, offers a central starting point, where skilled support people will be ready with professional advice. The Artisan and Craft Beer Equipment pavilion awaits in Hall 9 with plant, equipment and accessories especially for smaller breweries.

An essential component of BrauBeviale is the European Beer Star, which is traditionally awarded on the second day of the fair. As one of the world’s most important beer competitions, it is constantly breaking new participation records. It began as an initiative by Private Brauereien Bayern, the honorary sponsor of the trade fair, and the German and European umbrella organizations. The special aspect to this competition is that exhibition visitors can still play an active part in the jury. On the first day, they can pick their favourite beer from among the gold medal winners for the gold, silver and bronze awards in the category Consumers’ Favourite 2019.

BrauBeviale is an all-encompassing trade fair for the beverage sector. Beverages not only have to be manufactured, but must also be filled and packed. The winners of the World Packaging Award will provide interesting examples of packaging innovations, which will be on display at the special show “Innovative Beverage Packaging” organized by the World Packaging Organization (WPO).

Not only at BrauBeviale in Nuremberg, but also globally in recent years, NürnbergMesse has been both a driver and a platform for the beverage sector. The international Beviale Family series now includes six events of its own and five partner events. The newest member of the family is Beviale Mexico, which will be held for the first time in late July 2020 in Guadalajara: a comprehensive beverage trade fair for Central and South America covering all segments – alcohol-free and alcoholic beverages and liquid milk products: water, soft drinks, juice, beer, wine and spirits, such as the Mexican specialties tequila and mezcal. More than 124 million residents and good consumer trends make this market appealing to beverage manufacturers. The Beviale Family will have its own stand at the NCC Mitte entrance.

Global consumption of packaged beverages amounted to some 947 billion litres in 2018. Experts are sticking to their forecasts of an average annual growth rate of around three percent for this year. They believe the key players in this worldwide growth in the next five years will be the Middle East and Africa (32 percent) and the Asia-Pacific region, including China and Japan (around 22 percent). Growth is also forecast for Europe, with about 8 percent in western Europe and as high as 12 percent in the eastern part of the continent. At a global level, the ratio of non-alcoholic to alcoholic drinks was about 70:30 once again in 2018 (Euromonitor International 2019).

In Germany, beverage consumption (including coffee, tea and milk) grew by a small amount in 2018: each German citizen drank 762 litres on average, or 12 litres more than in the previous year. A key factor in this increase is the consumption of non-alcoholic drinks, soft drinks (up seven litres) and water varieties in particular (up by three litres). Beer also enjoyed slight growth, at just under one litre, as did coffee at two litres. The consumption of non-alcoholic drinks overall rose from 296 litres per person in 2017 to 309 litres in 2018. There was no change in the case of alcoholic drinks overall, however, with German citizens once again consuming 131 litres each (figures from the beverage industry associations).

According to figures from the VDMA Food Processing and Packaging Machinery Division, production expanded in 2018 by a very strong 8 percent (previous year’s figure 4.8 percent) to €15.2 (14.0) billion. The packaging machine sector, which includes beverage packaging machines, accounted for production worth €7.1 (6.6) billion.

The leading global position occupied by the approximately 600 German suppliers is supported by the export value of this segment, which grew to €9.0 (8.5) billion. The Division estimates that this represents 22 percent of the global trade in foodstuff and packaging machines, with a total value of €42.5 billion. The largest customers were the countries of the European Union, ahead of the USA and China.

Global trade forecasts, which fell during 2019 in response to political and economic crises, also had an impact on the mechanical engineering sector. Based on the current situation, the VDMA Food Processing and Packaging Machinery Division expects production growth of no more than 2 percent. The sector is generally considered to have positive prospects for the future. The world’s population is growing, and prosperity and urbanisation are increasing in the world’s most populous countries, which in turn leads to growth in the consumption of processed and packed beverages and foodstuffs. 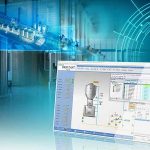 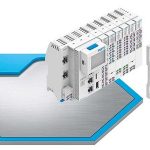