automatica is postponed—new date in December 2020

Due to the increasing global spread of Coronavirus (SARS-CoV-2) and based on the recommendations of the German Federal Government and the Bavarian State Government, Messe München feels compelled to postpone automatica 2020. This measure has been taken in consultation with the VDMA Robotics + Automation Association as conceptual sponsor and in responsibility for the health of exhibitors and visitors. automatica 2020 will instead take place from December 8 to 11, 2020.

“Under the given circumstances, opening automatica in the middle of June would not be justifiable towards our customers, in particular from a medical and economic perspective,” says Falk Senger, Managing Director of Messe München and responsible for automatica. “Now, we are looking forward to hosting a successful automatica 2020 together with the industry in December.”

Travel options are severely limited at the moment, and further developments cannot be predicted. These factors fundamentally jeopardize the possibility of holding the trade fair in June. At the same time, the importance of automatica as the world’s leading trade fair for intelligent automation and robotics is so great that we do not want to take this risk.”

Wilfried Eberhardt, Chairman of the automatica Advisory Board and Chief Marketing Officer of KUKA AG, adds: “The postponement of automatica to the end of the year is the right decision in view of the current situation. In December, the trade fair will act as an important catalyst for a successful post-crisis period and will help the industry to emerge stronger from the current exceptional situation.” 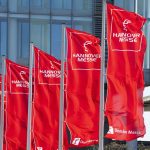 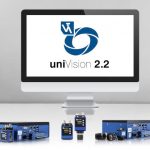 KUKA at automatica 2022 – From new robots to the digital twin

IDS at automatica 2022 Image processing as a key technology for Industry 4.0