On 23 July 2020, the German Patent Office granted a new patent in the field of innovative robotic joints to the inventor Hongxi Zhu, a doctoral student at Chemnitz University of Technology, and the inventor Professor Ulrike Thomas, Head of the Professorship of Robotics and Human Machine Interaction and Deputy Spokesperson of the Collaborative Research Center Hybrid Societies. The invention is suitable for safe interaction between humans and robots. The joint is a so-called compliant joint. In Germany there exist in the morment two patents for variable stifness joints. An earlier patent, registered by the German Aerospace Center, and this new joint, registered by Chemnitz University of Technology. A licensing of this patent is imminent.

The inventors have been working on this new robot joint since 2016. Previous joints were equipped with sensors, mostly force sensors, to measure the contact forces in the event of a collision and to be able to avoid them if necessary. Other techniques use external optical sensors to monitor the distance between robots and humans. The new joint can absorb energy thanks to a spring. This allows collision energy to be absorbed and the robot can move faster in the proximity of a human without endangering the human. There erxist some more joints that apply springs to absorb collision energy. The challenge is to be able to adjust the spring hardness in a non-linear way so that the robots can adjust the joint stiffnesses and damping independently and adapt for tasks that require high forces, for example, to be able to hammer a nail into a wall.

«With the joint, we have succeeded in covering a very large area and at the same time offering a compact design for the robot joint,» says Thomas. Another advantage of the compliant joints is that the stored energy can also be used to accelerate the movement, so that a humanoid robot can throw balls or jump. Thomas had the initial idea of using an elliptical shape when watching a harmonic drive gear – a shaft gear with a high transmission ratio – so that a non-linear behavior could be realized. Thomas’ research assistent Hongxi Zhu then quickly developed the initial ideas into working prototypes.

In the last five years, a new robotic team has been established at Chemnitz University of Technology under the direction of Professor Ulrike Thomas, which conducts intensive research in the field of humanoid robotics, especially perception and cognition, human-robot interaction and walking robotics. The professorship develops new mechatronic systems, applies modern methods from AI research and thus improves the capabilities of robots – not only in human-robot interaction.

The robots developed should be able to grip more sensitively or run more stably and interact more safely with their environment. Finally, the goal is to obtain suitable robotic assistants, whether in care facilities, in production or for use at home. They could also provide a useful service in a pandemic. In addition, the professorship was able to strengthen the project around the Collaborative Research Center Hybrid Societies considerably with its research work, so that the initiative was finally successful and the SFB 1410 could be established at Chemnitz University of Technology.

The research was financed with funds from the European Social Fund (ESF) and with tax money from the Free State of Saxony based on the budget approved by members of the Saxon State Parliament. 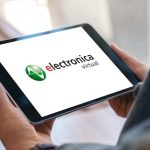 electronica 2020 to be held digitally 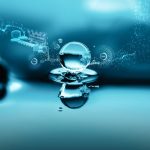