While the industrial valves sector was still able to hold its own in the first half of 2020 despite the corona crisis, declining demand is currently making itself felt more strongly at home and abroad. Foreign business, in particular, is clearly declining. Foreign sales fell by 5 percent in the period January to September 2020. By contrast, sales in Germany rose by 10 percent at the same time. Overall, the manufacturers thus achieved a sales increase of 1 percent.

«Thanks to a very good start to the year and a stable domestic market, German manufacturers of industrial valves have so far come through the crisis well,» comments Axel Weidner, Chairman of VDMA Armaturen, on the current situation. However, there are some indications that this will not remain so in the coming months. Many companies are using the time to get fit in terms of digitalization. «Remote selling is the order of the day. The aim is to continue to differentiate ourselves from our international competitors with high-quality services and products «Made in Germany»,» emphasizes Weidner.

Domestic sales growing in all segments

Thanks to stable domestic demand, the industry achieved an increase in sales in all segments from January to September. However, the situation was different for foreign sales, which declined across the board. Due to a sharp drop in foreign business, sales of shut-off valves shrank by 2 percent overall. In contrast, sales of control, safety and monitoring valves still increased by 4 percent. A glance at the order books shows that the negative trend of recent months will continue in the near future.

In the period from January to September 2020, German industrial valve manufacturers exported goods worth around 3 billion euros abroad. This represents a decline of 10.5 percent compared to the same period last year.

Business with the country’s most important trading partner, China, picked up again somewhat after a sharp dip at the beginning of the year and is currently only just (minus 1.4 percent) below the very good level of the previous year. In total, fittings worth 401.4 million euros were delivered to the People’s Republic. Deliveries to the second most important customer country, the USA, slumped by 18.1 percent to 269.0 million Euro. Significantly fewer fittings were also shipped to France than in the previous year (minus 12.5 percent). The country nevertheless maintained its third place among the most important sales markets with a purchase volume of 162.2 million Euro.

Among the key customer countries, only Switzerland and Russia stood out positively. Exports to the southern neighboring country rose by 5.3 percent to 113.1 million Euro, and 4.3 percent more goods (107 million Euro) were delivered to Russia.

«The significantly weaker order situation since late summer suggests that declining sales are to be expected in the coming months,» explains Wolfgang Burchard, Managing Director of VDMA Armaturen. «We therefore expect a slight decline in sales of one percent for the year 2020 as a whole». The outlook has recently worsened again, as major investment projects have been postponed or suspended in many countries around the world in the course of the second lockdown. This also affects important customer sectors of the industrial valves industry. While the chemical industry has got off lightly so far, sales in the oil and gas industry have fallen significantly. Shipbuilding is also expected to be cut back in 2021.

«In the coming months, we expect to see a sharper decline in sales. It will presumably be some time before the industry economy can regain momentum again in the wake of the recovery of the global economy expected in 2021. Against this background, we currently expect a 3 percent drop in sales for 2021,» predicts Wolfgang Burchard. 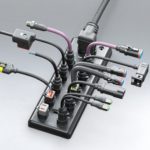 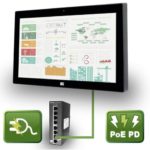