6:9 aspect ratio, increased performance through Whiskey Lake CPU and upgradeable Power over Ethernet functionality. These are the three advantages of the new AFL3 All-in-One PC series from ICP Germany.

The 16:9 aspect ratio and the display diagonals of 15.6″, 18.5″ and 21.5″ offer plenty of space for application information or a larger display of content. More CPU performance is provided by the 8th generation of Intel® CoreTM i5 ULT processors. In addition to a higher turbo clock frequency, doubling from two to four processor cores is also part of the new processor generation.

The three variants AFL3-W15C-ULT5, AFL3-W19C-ULT5 and AFL3-W22C-ULT5 are delivered with an Intel® CoreTM i5-8365UE with 15 Watt TDP and 4GB DDR4 SO-DIMM memory as standard. The main memory can be extended up to 32GB. The PCAP (Projected Capacitive) touch offers an anti-glare, anti-UV coating and through the 10 finger touch operation an especially good interactivity. Storage media can be installed on the M.2 2242/2260/2280 slot with PCIE Express 3.0 x4 signal and in the SATA 3Gb/s 2.5″ drive bay.

The AFL3s are also equipped with one Intel® i219 GbE and two additional Intel® i210 GbE network ports, which can be expanded with Power over Ethernet IEEE802.3af/at/bt functionality. Using the optional Power over Ethernet module results in a reduced cabling effort. The internal module expands the network connection and thus enables the system to be supplied with power. In this case, the classic external power supply can be dispensed with. WLAN IEEE802.11 a/b/g/n/ac and Bluetooth in version 4.1 are available for wireless communication. Further peripheral devices can be connected to the four USB3.2 Gen2 and to the RS-232/422/485 or RS-232 interface. The additional HDMI connection and the audio functionality with two 3 Watt internal speakers complete the offer.

The AFL3 All-in-One series can be mounted on the wall, on stands or in hole cut-outs. The systems are designed for fanless operation and can be operated in a temperature range from -20 °C to 50 °C. On request, ICP delivers the AFL3 All-in-One series pre-installed and pre-parameterized with industrial storage media and operating system as a ready-to-use system. 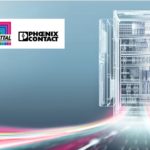